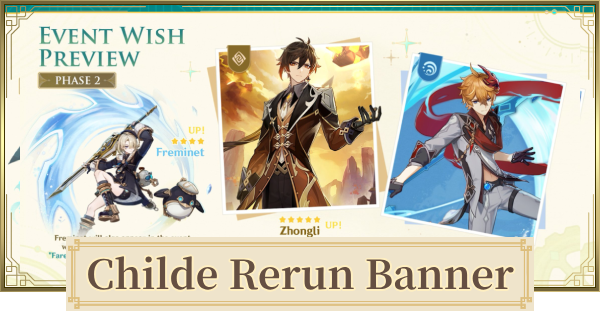 All the featured characters other than Barbara all work well as Sub-Carry. Pull if you need Sub-DPS and skip if you don't.

What Are Sub-DPS / Carry?

Sub Carry are characters who would deal damage while your main-DPS is on cooldown. The featured characters, especially the 5★ Tartaglia,, have great enabling skills, damage, and support abilities.

Barbara Is A Great Healer And Hydro Spreader

Barbara, though can be get for free, is a great character for healing and hydro support. Her support capabilities is further increased with constellations making her also a worth pull.

Childe can deal strong damage while spreading hydro to all enemies. He is strong long and short range but suffers from long cooldown. As a Sub-DPS, he is really a powerful character that is a must pull for most.

Rosaria can deal strong physical damage to enemies. She can also work as a support by spreading Cryo with her Elemental Burst. She is a great sub-carry for Melt teams.

Barbara is one of the best healers in-game. Her burst is a powerful AOE heal that scales from her already high HP. She is one of the best wielder for Thrilling Tales Of The Dragon Slayers and can spread Hydro well for consistent reactions.

Fischl can provide additional damage while spreading Electro reactions. She can fit almost any team and her value continues to increase the more constellation of her you have.

Got venti on 4th or 5th day on his banner, C2 Rosaria on the first day and Childe on second day on their banner

I Just got venti and only made 5 more wishes after that. Made a 10 pull yesterday and got Tartaglia instead. All I wanted was rosaria. I hate it here.

After days of grinding and paying 100 for Childe, ended up getting keqing instead, ig its back to grinding electro hypostasis :')

Welp, time to get primos for Childe.