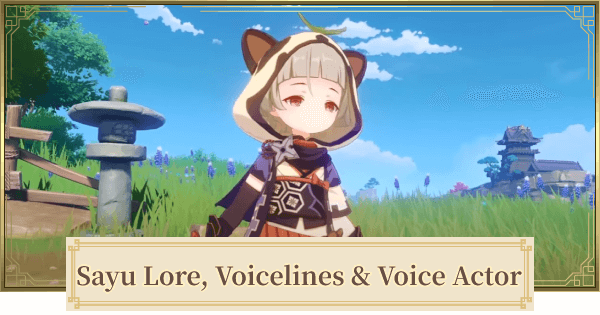 A pint-sized ninja attached to the Shuumatsuban, who always seems sleep-deprived.

Sayu is the master of all ninjutsu techniques related to fleeing, hiding, transforming, etc. She honed her ninjutsu to perfection to have as much time to sleep as possible as she believes that sleep can replenish all her energy and help her grow taller.

Sayu is the last successor to the Ninjutsu Art — Yoohoo Art which is known for teasing its enemies such as using it as escape and clone techniques. Her ninjutsu arts are comparable to an artistic performance which is why she has been invited by various parties to perform her mysterious ninjutsu.

Sayu's outfit is said to be a gift from her sensei and its reference is the small animal "mujina" and Sayu's favorite colors. However, it looks more like a tanuki and people often think of her as a tanuki. Sayu would seriously deny and explain that she's not a tanuki and she eventually bears a grudge against tanuki because of this.

Sayu has also appeared in various in-game quests, such as story quests and events in the game. You may encounter Sayu in different locations depending on the quest.