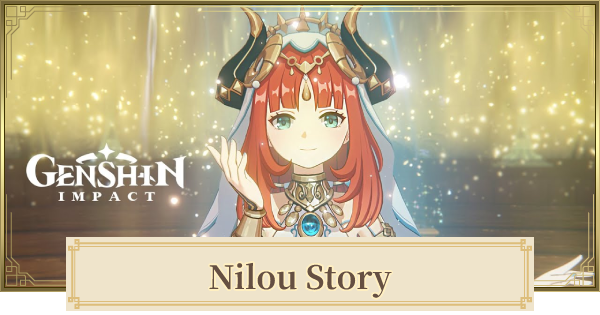 Nilou is one of the featured 5 star in the second phase of 3.1 Version of Genshin Impact. Since October 14 is the end of the first phase, it is expected for Nilou to be released the night of October 14.

Nilou was featured prominently in the 3.0 Update Trailers and was added as a new character in the game in the same update!

Nilou was featured in the Archon Quest in Sumeru. She did a dance during the Sabzeruz Festival.

A Dancer In Sumeru

In a nation of Knowledge-seekers, Nilou stands out for pursuing the art of Dance. During the Archon Quest, she lead the celebration for Kusanali's birth.

One Of The Few People Who Worship Kusanali

Kusanali was not loved by the people of Sumeru because they thought of her as a confirmation of death of the previous Dendro Archon. Despite this, Nilou actively worships Kusanali and even prepared the Sabzerus Festival to celebrate Kusanali's Birth.

Voicelines Of Characters That Talks About Nilou