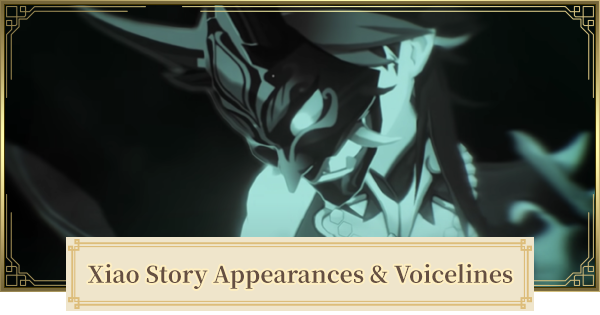 Also Known As The Vigilant Yaksha

Xiao swore that he will forever protect Liyue under what circumstances. He is always on the look out and easily to summon whenever his nation is in danger.

One Of The Five Yakshas

Rex Lapis summoned the five yakshas in order to purge the evil and protect Liyue. Only Xiao was left amongst the 5 yakshas, and still protecting the Liyue region.

Saved By The Geo Archon, Morax

Xiao was enslaved by a God who knew his weakness and used it against him. He forced to do some cruel and violent acts on behalf of the said God. During the Archon War, Morax (Zhongli) freed him and gave him a new name which is Xiao. After the war, Xiao pledged his forever loyalty to Morax.

Xiao has also appeared in various quests, such as story quests, world quests and events in the game. You may encounter him on different locations depending on the quest.