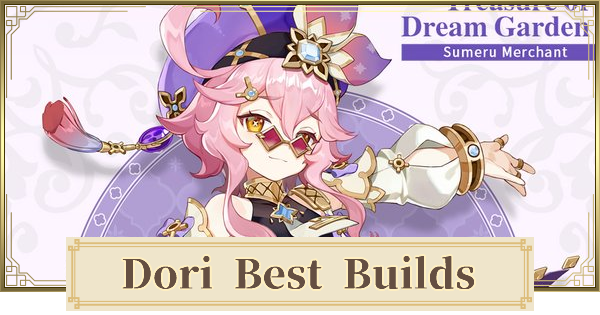 Dori will be released after the end of the Phase 1 Banners on September 9, 2022. She is one of the featured 4 star characters in Kokomi and Ganyu's rerun.

Dori will be one of the featured 4-Star Characters during Ganyu & Kokomi double banner. This will happen in the second phase of the 3.0 Update!

Dori is a traveling Merchant that you had a transaction with during your travels at Sumeru. She loves Mora and is able to get hold of anything so long as you have the amount of Mora she wants.

Appeared On Through Mist Of Smoke & Forest Dark

Dori made an appearance during the first Archon Quest in Sumeru. You will head to Dori to buy items in place of Alhaitham.

Through Mists Of Smoke And Forests Dark Quest (Act 1) Guide

Voicelines That Talks About Dori