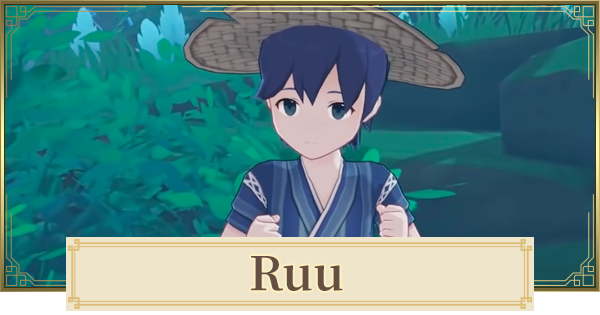 Ruu is a NPC in Genshin Impact. Learn more about Ruu, what happened to Ruu, Ruu's affiliation with the Thunderbird, quest related and Thundering Fury artifact lore!!!

Ruu From A Tribe In Tsurumi Island

Ruu is a ghost NPC in Genshin Impact and from a tribe located in Tsurumi Island that you will encounter while completing the world quest line from Through The Mist.

Ruu's is somewhat similar to Chouji's appearances. Ruu's personality is known to be a cheerful kid that loves to play around most of the time with this friends.

Ruu - What Happened To Ruu?

Ruu Is Already A Spirit

According to the quest storyline, Tsurumi Island's situation at that time had gotten worse and the only thing that can save the island is to offer a sacrifice to their God. Ruu came up with an idea and had volunteered to offer his blood to Kapatcir in exchange for his precious life.

Upon Completing The Sun-Wheel and Mt. Kanna

At the end of the The Sun-Wheel and Mt. Kanna quest Ruu once again offer a song to the diety that was fond of him. The traveler brought him to Seirai Island with the help of the bird's remaining feather.

After conducting his final song at the Seirai Island, Ruu will offer the remaining feather at the Mt. Kanna to end the catastrophe inside the Tsurumi Island. He can finally rest in peace, knowing he will left the island safe and sound.

Through The Mist Quest Line

It is said that the story behind the Thundering Fury Set is very similar to what happened in Tsurumi Island, from the blood offering to the person singing a tune for the God, Kapatcir, or most commonly known as the Thunder Manifestation.