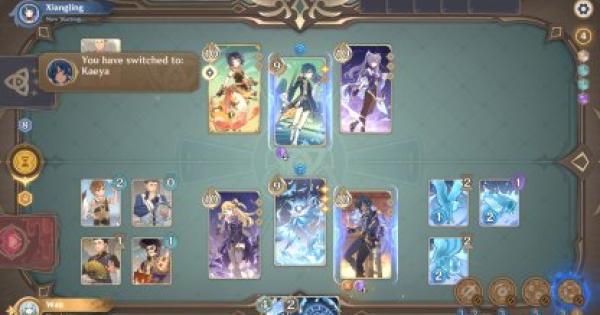 Genshin Impact
Rhodeia Of Loch Card - Effects And How To Unlock

Summon As Much As Possible

You can have 3 Oceanid mimics simultaneously and it is advantageous since you can deal significant Hydro DMG when the round ends. Frog mimic also has shield point which is can be transferred to the active character.

The Hydro DMG done when the round ends is helpful for triggering Hydro-related reaction. It can either trigger elemental reactions with other summons or trigger the reaction yourself when the next round starts.

When The Crane Returned Card

It is recommended to use this card on Oceanid to switch out right after summoning a mimic. It is better if the summoned one is frog mimic since 2 shield points can be transferred to the active character.

How To Get Rhodeia Of Loch TCG Card?

Unlock The Oceanid's Concern At Level 3

Tavern Challenge can be unlocked upon reaching TCG player level 3, at the same time, unlocking the first Tavern Challenge which is The Oceanid's Concern. Complete the Friendly Fracas objectives to get the following cards:

can we put artifact on oceanid