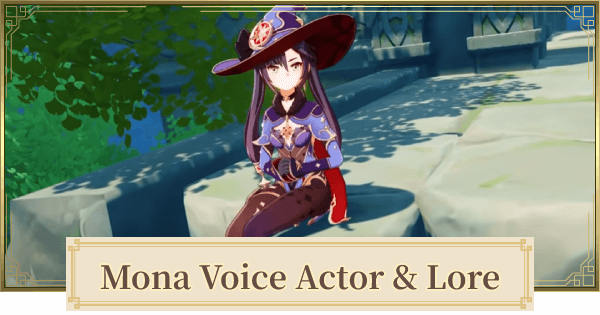 A mysterious young astrologer who proclaims herself to be "Astrologist Mona Megistus," and who possesses abilities to match the title. Erudite, but prideful.

Mona is a skilled Astrologist, however, she is afraid of her teacher. Her teacher gave her a task to retrieve a highly confidential box and warned her not to look inside. The box is supposed to be with the successor of her teacher's rival in Monstadt. Turns out that it was Klee and due to a series of accidents, Mona figured out what was inside the box. Scared of getting killed by her teacher if she comes back, she decided to stay in Monstadt with the help of the Traveler.

Mona always worries over Mora. To support herself, she contributed to a column about constellations in The Steambird. Once she gets paid, she mostly spends her Mora to buy expensive astrological tools and books. This leaves her with just a few Mora to scrape by. She even once ate mushrooms for an entire month to save on food expenses.

Mona With Klee And Albedo

Mona will sometimes meet up with Klee and Albedo, her primary reason is to get a free meal. Secondary to that is to exchange pointers with Albedo. Since both of them are accomplished students of famed masters, it's normal for them to work together.

Mona has also appeared in various in-game quests, such as story quests, world quests, and events in the game. You may encounter Mona in different locations depending on the quest.