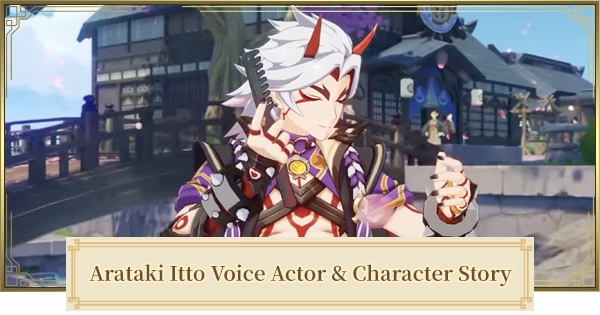 Who Is Arataki Itto?

Also Known As Oni Of Hanamizaka

Arataki Itto is known as the head of the Arataki Gang. He may look intimidating at first but Itto is a one stylish, goofy and sentimental guy despite of his strong physical features.

Hundred years ago, there were two (2) Onis existing in the mortal world, The Crimson Oni and the Blue Oni. These two Onis are known to be inseparable buddies.

The Crimson Oni is said to be Arataki Itto's ancestor, while the Blue Oni is Takuya's ancestor.Know More About Takuya Here!

Arataki Itto always teases Kujou Sara for a friendly duel every time he gets a chance. Kujou Sara is also the one who confiscated Itto's vision during the Vision Hunt Decree.

Has The Same Wavelength With Ayato

According to one of Itto's voice lines about Ayato, both of them do get along with each other as they share the same interest such as playing cards, bug enthusiast and beetle battle.

Arataki Itto has also appeared in various in game quests, such as story quests, world quests and events in the game. You may encounter him on different locations depending on the quest.