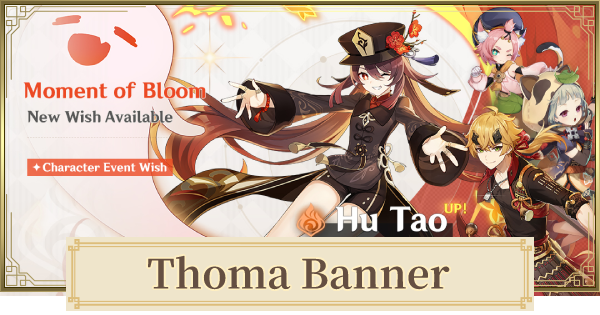 According to the version 2.2 Livestream, Thoma will be released along with Hu Tao during the rerun banner. This will be the second banner on the 2.2 update., it is expected for Thoma's banner to appear around Mid-November.

Hu Tao Will Be Featured 5 Star

During the 2.2 Livestream, it was announced Thoma will be featured with Hu Tao's Rerun. They can work well together for Thoma's shield can protect Hu Tao and enable Pyro Resonance.

Other Characters Not Yet Known

The other 4 stars that will be in the banner is not yet announced. We will update you as soon as more information has been announced.