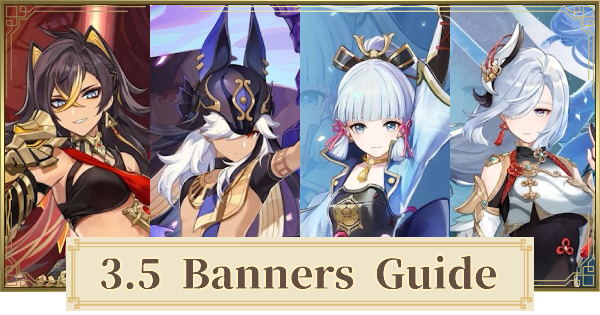 Which Character To Pull? - Recommended 5-Star

If you're looking simply at Meta, Hu Tao and Yelan should be your priority pulls for this banner. Hu Tao is still the best Pyro Hypercarry right now, while Yelan is a really powerful Hydro Support.

Yelan Is Great But Can Be Substituted By Xingqiu

However, Yelan can be lower priority if you already have a fully built Xingqiu. They play basically the same with a C6 Xingqiu capable of even surpassing Yelan's damage at C0.

For the second phase, Xiao and Alhaitham are low on the priority list. Xiao is strong meta-wise, but his lack of viable supports hurts him when it comes to team building, while Alhaitham is lower priorit when compared to other Dendros like Nahida and Tighnari.

Pull Base On Your Preference

At the very bottom of this, who you want to pull should be based on your own preference. Whoever you want to get is entirely up to you regardless of Meta or other factors.

If you're not sure if you like the character or their gameplay yet, you can play their Character Demos first whenever their Banners are available. Use this opportunity to get a feel for the character!

Total Primogems/Pulls You Can Earn In 3.4 Update

This is an estimation and could show numbers lower or higher than the actual Primogems that can be earned. For example, Primogems per event are on average, not the exact numbers. This also assumes that banner lengths will be 22 days each.

Things To Consider When Pulling

Plan Your Banners Depending On Your Pulls

If you are a purely free-to-play character, it's expected that you won't have enough pulls to get a guaranteed character for every character banner. Figure out which banners you want to pull from from the start so you can play ahead.

It's best to saved your pulls for banners wherein you really want a character. Do not build Pity on banners you don't want, skip them instead. This will remove the chance that you get a 5-star character from them and resetting your Pity.

Skip Yaoyao If You Don't Want Xiao Or Alhaitham

If you simply want to get Yaoyao, it's better to saved your Primogems and get her from the upcoming event Fortuitous Invitation instead. You can get her for free once you meet the event's requirements!

Banner Scenarios & How To Plan Out Your Pulls

The number of pulls listed below are based on the current banner pity system wherein at 90 pulls, you are guaranteed to get a 5-star character. It is possible to require less pulls if you win your 50/50 or you get an early pity.

Scenario 1 - Will Pull On A Phase 1 Banner

If you plan on pulling for just a banner in the First Phase, it's recommended that you just choose one character between the two. However, if you want two of the banner 5-Stars, keep trying since you don't have to save for another banner in the later part of the update anyways.

Scenario 2 - Will Pull On A Phase 2 Banner

If you plan on pulling from both banners, it's highly recommended that you just choose one 5-star from each banner phase. It's close to impossible to get all 4 5-star characters without using real money to get more Primogems.