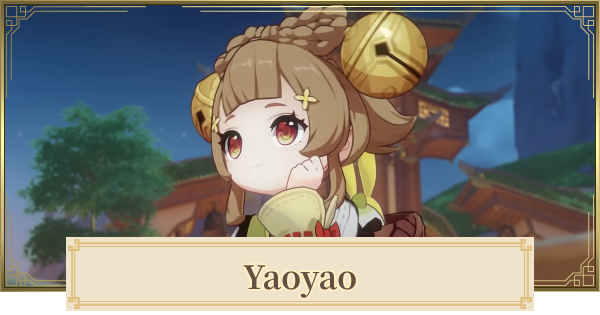 Yaoyao is a character that was announced together with Alhaitham during 3.4 Livestream. Since they are part of the first phase of the banner, they will be available after updating to version 3.4.

Yaoyao Is A Dendro Polearm User

Yaoyao's weapon is shown to be a polearm character similar to Xiangling and uses Dendro.

Yaoyao - Who Is Yaoyao?

Little Girl Who Works Under Ganyu

Ningguang mentioned that Yaoyao is a girl who Ganyu took under her wing. She seems to be a little girl that has a strong connections with the Adepti.

In the official Chinese forum of Genshin Impact, a little girl who is wearing a Liyue-style outfit appeared with Qiqi is rumored to be Yaoyao. It also fits Beidou's description on how Yaoyao is said to be a playful little girl.

Dr. Baizhu told me not to stay at Bubu Pharmacy today and go out for a walk.

"Today"... Umm, let me look at my notebook. "Ideal for meeting friends," he said.

That's why we came to see you. We prepared some snacks, let's have them together?#GenshinImpact pic.twitter.com/81JUspamz7