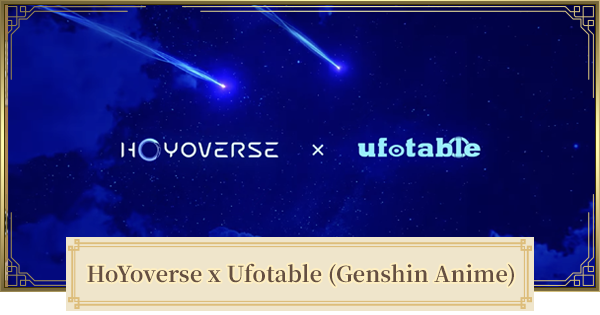 The Hoyoverse x Ufotable anime collaboration project was shown during the 3.1 Livestream, however, the anime's release date was not disclosed by the developers.

Ufotable is an animation studio that is based in Japan and is also well known as the birthplace of the famous anime Demon Slayer (Kimetsu No Yaiba / 鬼滅の刃) and Fate/Zero.

Where To Watch The Genshin Anime?

The Genshin Anime will probably be out on some online streaming platforms, however, there is still no information on where to watch and what streaming platform will it be available, so please check back again as we will update this once it is announced.

More Information Will Be Added Soon!

Aside from Lumine, Aether, and Paimon, the other Genshin Impact anime characters that will be lined up for the anime were not yet announced, so please check back again to get more updates! Thank you for your patience!

More Information Will Be Added Soon!

There is still no information regarding the official Genshin anime voice actors, if it HoYoverse will retain the same voice actors. We will update this once the voice actors are officially announced, so check back again to get more updates!