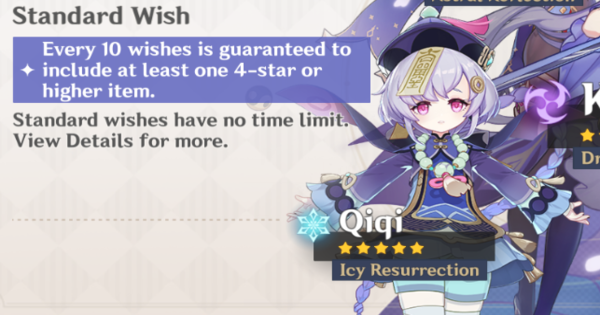 Never Had A Banner Release Before

Qiqi's banner has never been available before in the game, so the chance of her gaining the spotlight increases with time.

A major event: Lantern Rite Festival were announced by Miyoho to appear in February 3. As Qiqi is the much beloved idol of that region, she may join in near the later part of the Event.

As the Lantern Rite Festival already features Xiao Banner & Keqing Banner, Qiqi's banner may appear at the later part of this event if she is included.

Warning: This section of the article contains prediction regarding the upcoming Banner based on available info & news.

For this banner, the amazing Healer Qiqi will be available for a pull with better rate of appearance. Player new to her or wanting to increase her Constellation can finally get their wish.

Should You Roll Qiqi Banner If It Comes Out?

This section is a work on progress. We shall update you as soon as the banner releases.

Depends On If You Need A Healer

Whether or not you need Qiqi depends on if you're in need of a healer, which Qiqi excels at. She can heal large burst of HP very quickly but may fall behind in everything else like ease of Elemental reactions or damage. If you have a large team that hardly takes any damage, Qiqi may be just a luxury.

Due to the lower HP of Ganyu, Qiqi can provide her with much needed heals to keep her alive longer. Qiqi can also trigger Cryo Resonance for increased Critical rate if these 2 are in the same team.

I HAVE WANTED QIQI