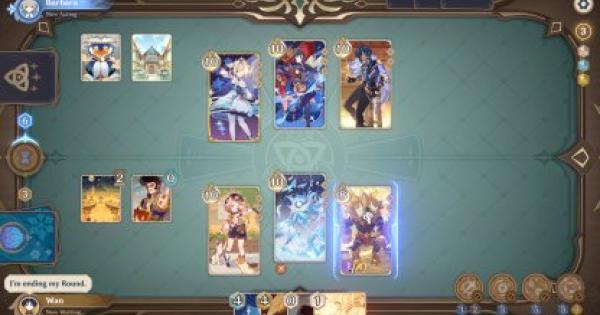 Genshin Impact
Stonehide Lawachurl Card - Effects And How To Unlock

At the start of the game, its passive takes effect and gains 3 shield points & Geo DMG conversion. While its initial HP is 8 which is lower than usual, it is still somewhat tanky. Also, shield points produced from Crystallize stacks on the passive.

Burst Can Be Used Earlier

Since its Burst only costs 2 energies, it can be used easily. It is recommended to use Burst when you have Stonehide Reforged Card and while the passive is active to be able to trigger Crystallize reaction.

While passive is active, all of its moves inflict Geo DMG and a shield point is produced when Geo reacts with all other elements excluding Dendro, Anemo, & Geo itself. This shield point is transferred from one active character to another and can be stacked above other existing shield points from other sources.

How To Get Stonehide Lawachurl TCG Card?

Upon reaching TCG player level 6, you can unlock the Stonehide Lawachurl's Rest. Complete the Friendly Fracas objectives in order to get the following cards: