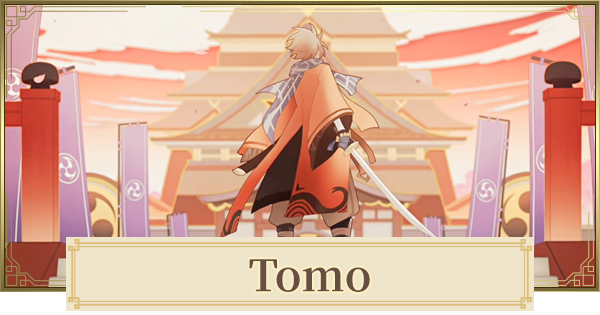 Tomo is an NPC in Genshin Impact. Learn more about who is Tomo, element, vision, weapon, where is Tomo from, Tomo's story, affiliations, quest he appeared, what happened to Tomo and more!!!

Tomo is an NPC and one of Kazuha's friend. Majority in the Genshin Impact fan community called him as Tomo, even though his name was not disclosed during the game cut scenes.

"Tomodachi" is a Japanese word for the English word "Friend", thus it was derived to use it to name Kazuha's friend, resulting for the birth of Tomo's name.

Will Tomo Be A Playable Character?

Regardless if Tomo is a vision holder, he is already a deceased NPC character in the game, that is why Tomo being a playable character is kind of impossible at this point.

It was shown during the game cut scene that Tomo is an Electro vision holder.

It was not officially stated even in the game on what exactly his weapon is, however he is wielding a Sword during his cut scene.

Tomo challenged the Vision Hunt decree hunters into a duel. He was persistent enough as he thought that he must take a stand for what is right.

The Musou No Hitotachi Sword Art

The sword art of the Raiden Shogun that ended Tomo's life. Kazuha stated how Tomo desired to experience it first hand on a battle.

In the cut scene we witness how a person's vision fades ones the owner passed away. When Tomo got defeated, Kazuha fled, leaving Inazuma, together with his dying vision.

Was Seen During The Archon Quest

Tomo's vision was attached clinging beside Kazuha's Anemo vision. Tomo's vision lit up during the confrontation with the Raiden Shogun in Omnipresence Over Mortals cut scene.

There is a grave located below the Kamisato Estate. Given the items that was present on the grave area, the katana, a lamented vision, and a white cat, these 3 things are somewhat related to Tomo. There are no official claims about the grave, but it is likely that it is Tomo's grave.