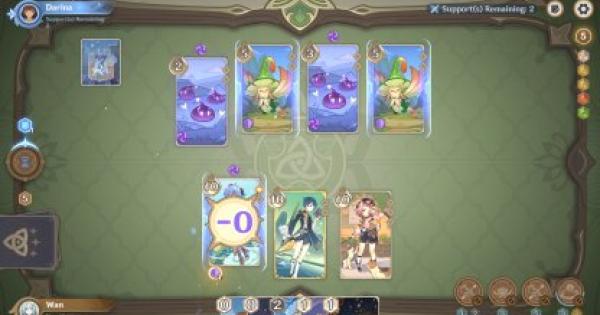 Genshin Impact
Ganyu Card - Effects And How To Unlock

Ganyu has a secondary Normal Attack which deals Piercing DMG. While it has a higher cost than the primary Normal Attack, it is great for reducing the HP of the opponent's character cards simultaneously. It can also trigger superconduct since the main target is inflicted with Cryo DMG.

Recommended To Pair With Electro Characters

Ganyu alone can already deal Piercing DMG so it is even better if you pair her with an Electro character. The Piercing DMG from superconduct can deal significant damage to all of the opponent's character cards.

How To Get Ganyu TCG Card?

Ganyu Can Be Invited From The Start

Inviting Ganyu can be unlocked upon completing the TCG Card Game world quest. Complete the Friendly Fracas objectives to get the following cards:

How To Invite Playable Characters In TCG?

Does anyone else think that the VA changed for Ganyu? She either sounds different from before, or I'm going insane