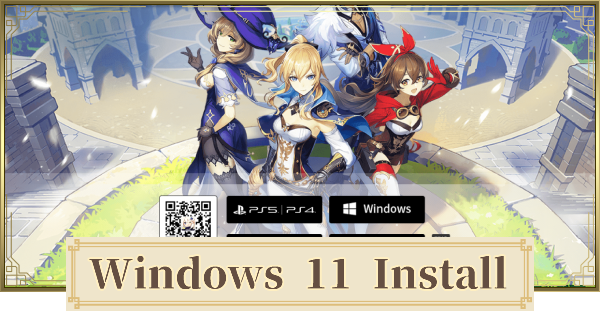 Find out if you can play Genshin Impact on Windows 11 (eleven) in this guide. This includes whether Genshin Impact is playabale, compatible OS, possible issues, and more!

Can You Play Genshin Impact On Windows 11?

Players Report Being Able To Do So

Some players have reported in forums that they are able to play Genshin Impact on Windows 11. However, since the Windows 11 has not been officially released yet, this could change.

On Genshin Impact's official site, it only states being able to run on Windows 7, Windows 8.1, and Windows 10. It's like that there would be compatibility issues if the game is run on Windows 11.

How To Install Genshin Impact On Windows 11

New Intructions Should Be Released With Windows 11 Launch

There's no news yet how installation will change for Windows 11 since it has not been officially released yet. We'll update this section once more information is revealed about it.