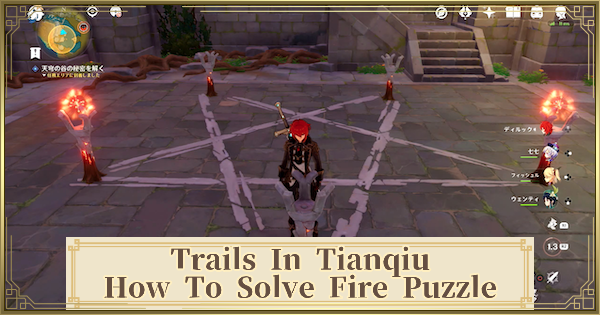 Check this Genshin Impact walkthrough guide on Trails in Tianqiu (World Quest). Includes how to unlock the quest, how to solve the fire puzzle, star puzzle, and quest rewards.

Trails in Tianqiu - Quest Location & How To Unlock

How To Solve The Puzzles In 3 Buildings

How To Solve The Fire Puzzle In North Building

West Building: Use Geo Ability Of The Protagonist

To clear the challenge in the West building, you need to reach the destination within 60 seconds. Use the protagonist's geo skill or Venti's skill on the platform to climb up fast.

The logic is simple, ignore the star shape and focus on the "<" the lines that connects the torch you lit to two other. If it's already on, it goes off, and if it's off it goes on. If both are on, both goes off. Etc. But if you prefer a more complicated explanation, here you go. 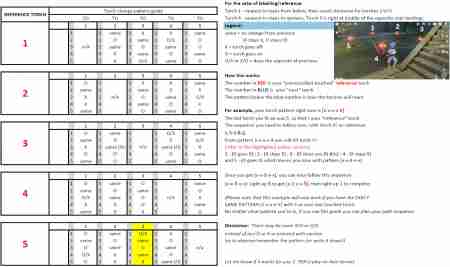 Hello. If you got stuck in the star pyro puzzle, I have two ways of explaining the logic behind it. One is super complicated, the other very simple. Here's the simple one. 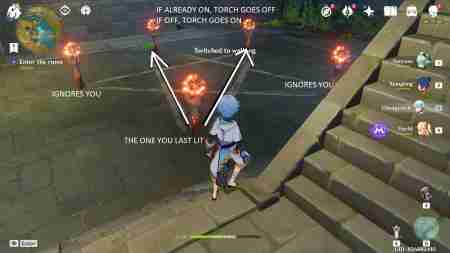 I messed up the second floor pyro puzzle- is there any way to reset? I left and rejoined, messed around with the torches, but there's no way to do it.

i messed up the sequence for the second floor pyro puzzle. is there anyway to rest it? i’ve been trying for 20 minutes now and no matter what order i light the torches nothing work. :’(

look at the morkings on the floor for the second fire puzzle, each torch links to two others, it may take some time but youll figure it out, youll only need to light two torches to complete the puzzle but using the lines helps if you messed it up the first time