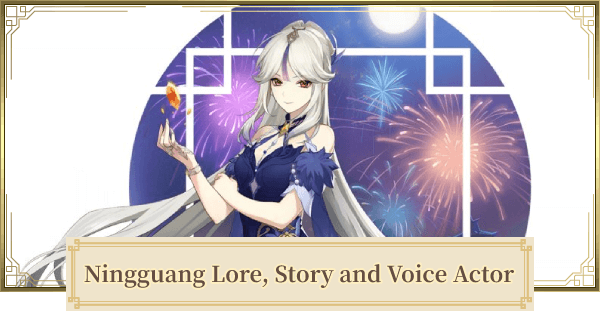 Ningguang owns the Jade Chamber and she is the Tianquan of the Liyue Qixing. Her wealth is unsurpassed in all of Teyvat.

Owner of the Jade Chamber

After some time, she rebuilds the Jade Chamber.

Upon seeing a masterless Vision without elemental power, Ningguang thought to put it on sale and look at it as a business opportunity. When she smile thinking about her plans, the Vision lit up and activated. Her attendants congratulated her but she seemed annoyed about it.

"What's there to be happy about? Once broken, considered sold!"

Ningguang has also appeared in various in-game quests, such as story quests, world quests, and events in the game. You may encounter Ningguang in different locations depending on the quest.