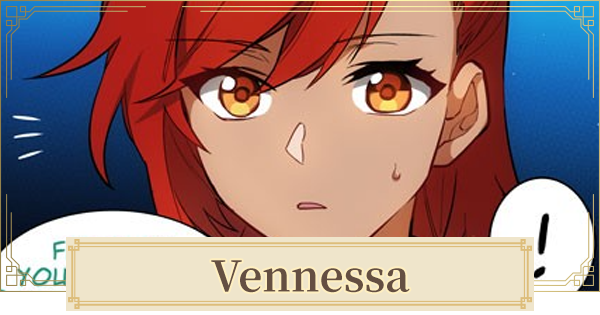 This section will be updated once Vennessa is officially confirmed. Check back again to get more updates!

Vennessa is a character that was also introduced in Mihoyo's genshin Impact official Webtoon, however, there is still no information if she will be part of the game.

Vennessa - Who Is Vennessa?

Vennessa is said to be the red-haired knight that was the leader of Knights of Favonius. She is one of the 4 winds that Venti talked to in his official Teaser.

Vennessa was a gladiator who Venti have met in the prologue of Genshin Impact's official Webtoon.

Vennessa will probably have a low chance of being playable since she has passed away in the manga and ascended to Celestia.

Check Out All Characters Here!

More information will be added once Vennessa is confirmed! Check back again to get more updates!