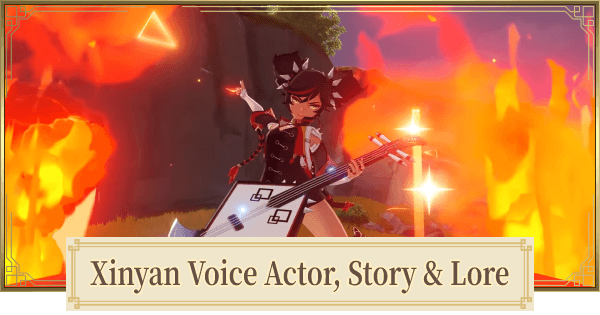 Xinyan is a well-known performer from Liyue who specializes in Rock N' Roll genre. Her music may not be appealing to others, but this will not stop her from spreading her love for Rock N' Roll.

Wants To Have A World Tour

Xinyan aims to have a world tour around Teyvat in order for people to know more about her love for the Rock N' Roll genre and make people appreciate the art of Rock N' Roll!

She was someone who never fit in in Liyue Harbor, and she only found where she belonged when she encountered rock 'n' roll. She immersed herself in the world of music, looking for a way to move people's hearts. She started experimenting with the use of fire to move people, adding sparks & explosions to her music. And perhaps it was that the gods themselves had great expectations of this new form of music that would soon grace the seven nations. But regardless, the boiling-hot Vision would be the final stroke of perfection. Xinyan dashed down the mountain and began her very first rock 'n' roll concert in Liyue Harbor.

Xinyan has also appeared in various in-game quests, such as story quests, and events in the game. You may encounter her in different locations depending on the quest.