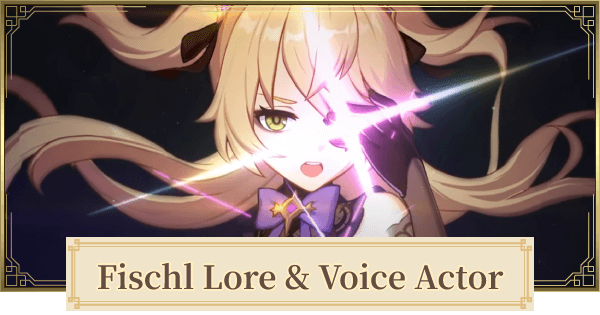 A mysterious girl who calls herself "Prinzessin der Verurteilung" and travels with a night raven named Oz. Currently serves as an investigator in the Adventurers' Guild.

Fischl serves as an investigator in the Adventurers' Guild because her parents persuaded the guild master. But thanks to her unique ability, she quickly went from rookie investigator to a respected rising star of the organization. Fischl's ability is to see through Oz's eyes. Through Oz's eyes, she can see anything and everything from the sky.

Oz and Princess Fischl's first encounter was mentioned in "Flowers for Princess Fischl (I): End Time Zersetzung." In the palace of Twilight, the princess shed her sacred blood on the ancient emblem. Following the scent of her blood, Ozvaldo Hrafnavins, the King of Ravens came to the princess and pledged his eternal loyalty. However, in reality, Oz appeared at the same time when Fischl got her Vision.

Fischl has also appeared in various in-game quests, such as story quests, world quests, and events in the game. You may encounter Fischl in different locations depending on the quest.