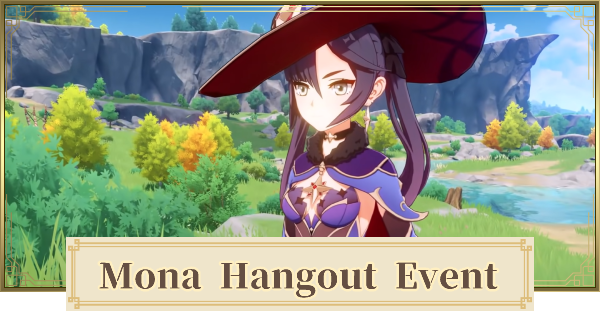 Mona's Hangout Event is a rumored date event for Genshin Impact. Learn all about rumors and speculation, all story endings, branches, how to unlock, release date, & more.

Mona Rumored To Have Own Hangout Event

There are rumors going around that Mona could have her own Hangout Event! Since this is based on rumors, there's no guarantee that it would actually be released or when if ever there is.

The rumors on Mona's Hangout Event puts its release around the 1.6 update. This is unconfirmed and could be at a different update or none at all.

No information has been released about Mona's hangout event branches and endings. Check back for possible updates in the future!

Every Hangout Memory you unlock will give you rewards relating to the character you had the event with. If Mona's Hangout event follows the same format as those released before, it should also give rewards per ending unlocked!

Completing an ending & going through all possible pathes in the Hangout event can also give you an access to obtain Primogems and unlock some achievements under the Wonders of the World Achievements List.