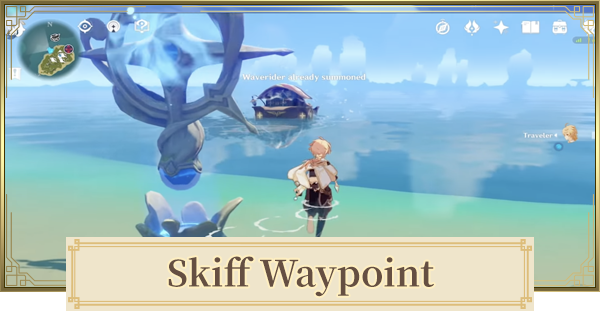 Waverider Waypoint are located per named islands. There are 4 in total and they can be found within the Archipelago.

What Is A Waverider Waypoint?

A Waypoint To Summon Waverider

Waverider Waypoint is a new waypoint that can be used by players to summon the boat called Waverider. Use the waverider to go around and complete quests around the new island namely, the Archipelago.

Waverider Waypoint is believed to be an upcoming feature in the 1.6 Update as it was first seen during the 1.6 Livestream. This waypoint area will be released in the upcoming update of the game, so stay tuned!