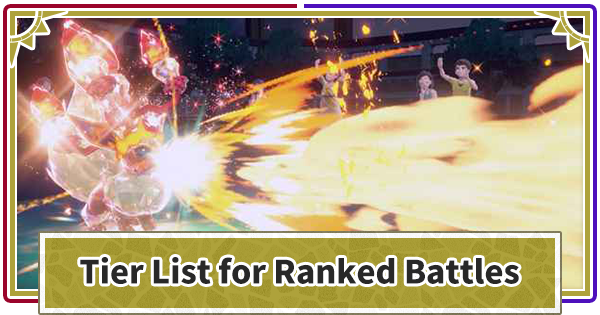 We have created a Tier List anticipating the Rank Battle Season 1 that will be occurring in December. Since we are not certain on the facts of the Rank Tournament, this is just a forecast that we have thought of, and might be the strongest Pokemon Tier List.

Considering The Changes That Happened Since Sword & Shield

In this game, there are some changes in moves such as the PP and effects. Also the Dynamax effect that was in the Sword & Shield has changed to the Terrastalization so this will also make big changes in the battles. Considering these changes, we have created the Tier List to best fit the criteria.

It is assumed that Terrastalization will provide huge damage buff to the Pokemon. Due to this, we have analyzed the Pokemon considering their offensive performance over their durability.

Pokemon that will be strong in Single Battle environments, that has been known since the Sword and Shield Tier List.

Pokemon that are new and came out in this version, Scarlet & Violet. We think these Pokemon will be strong in Single Battle Environments.