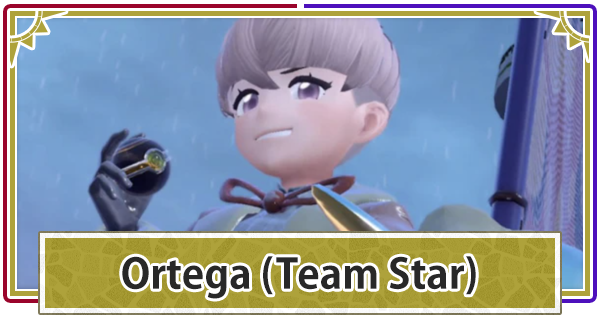 Recommended Pokemon & How To Beat

Ortega's Pokemon lineup are all fairy types. Steel and Poison types are very strong against them so it's best to have Pokemon and moves with these types.

The last enemy here is the Starmobile (Revavroom), which has a high HP. It has the Ability 'Misty Surge', which increases the power of Fairy moves. It is also trouble since it can cause confusion with Confuse Ray.

Fairy Crew Base - Location & How To Get There

The Fairy Crew's Base is located northwest of Montenevera, close to the Pokemon Center in North Province (Area Three).

When you get to the Base, you will have a battle with an enemy in front of the gate. This battle will be a normal one-on-one Pokemon battle.

After defeating the gatekeeper, check the gate. The Base attack will begin with the first three Pokemon!

Once you enter the base, use Auto Battle to defeat 30 Pokemon in 10 minutes or less. You will have a Star Barrage during the base attack, allowing you to use Let's Go.

Can Heal Up With Clive Or At Vending Machines

Talk to Clive near the entrance or check the Vending Machine to heal up!

Once you defeat the 30 Pokemon, you will immediately go into battle with Ortega. Once you defeat his last pokemon and Starmobile (Revavroom) is defeated, the base attack is complete!