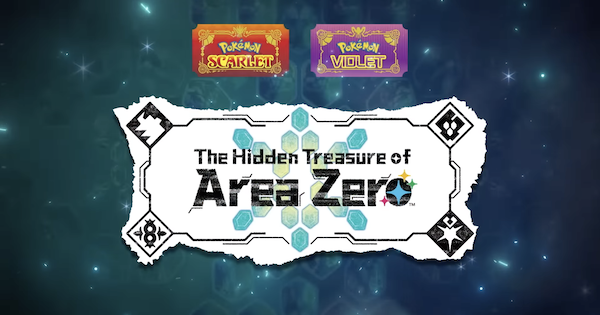 When Will The DLC Be Added?

Expected To Be Added Around June 2023

Considereing the past title Pokemon Sword and Shield, the first DLC was added 7 months after its release. This makes it most likely that the Pokemon Scarlet & Violet will get its DLC on June 2023. This is based on prediction, so when the DLC is announced this article will be updated.

Predicted Pokemon To Be Added In The DLC

A Pokemon shown to be a mix of the Legendary Dog Pokemon is shown in the Scarlet Book in Pokemon Scarlet. It's head crystal and tail resemble Suicune, while it's back resemble Entei, and its legs resemble Raikou.

An Imagined Pokemon
A drawing of a fantastical Pokemon as envisioned by our sketch artist. The size and ferocity of the strange Pokemon that dwell in Area Zero's lower reaches tickled the artist's imagination, prompting this sketch of what other species that inhabit these depths might look like.

The Pokemon shown in the Violet Book seems to be a mix of three different Pokemon as well. Its head is similar to Virizion, neck is like Cobalion, and its horns and hooves is like Terrakion.

An Imagined Pokemon
A drawing of a fantastical Pokemon as envisioned by our sketch artist. The compactness and cruelty of the strange Pokemon that dwell in Area Zero's lower reaches tickled the artist's imagination, prompting this sketch of what other species that inhabit these depths might look like.

An unknown Pokemon that is believed to be in Area Zero, and from the information in the game, it seems to be deeply involved with the Terastal Phenomenon, which has yet to be explained. More details will likely be revealed in the DLC.

▼ Information that can be found in the game

Research Station No. 1 Book
We've determined that this energy crystallization is linked to the being we call ■■■■■■. The interlocking hexagonal plates that comprise ■■■■■■'s shell must somehow cause this phenomenon--which I've dubbed "Terastallizing".

Will Usually Add More Than 100 Species

The DLC for Pokemon Sword and Shield added approximately 100 new Pokemon species (211 in total). Similarly, we expect that new Pokedex and numerous Pokemon will be added to this title as of the DLC.

Addition Of A New Map