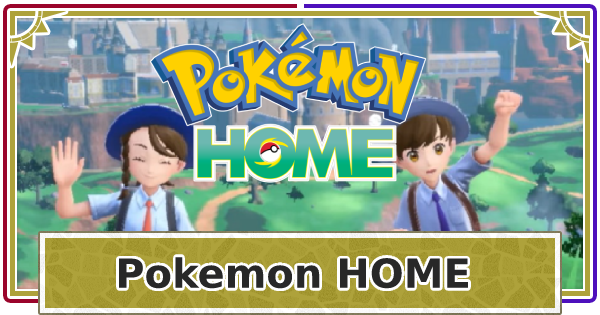 When Will Pokemon HOME Be Linked To SV?

The support compatibility between Pokemon SV and Pokemon HOME is scheduled for Spring of 2023. Once linked, Pokemon from previous titles can be transferred to Scarlet and Violet. Pokemon HOME is available from both Switch and smartphones.

The Battle Data feature, which allows users to see details such as Ranked Battle results and the most frequently used Pokemon, will be updated to Pokemon SV feature in early 2023.

Number Of Pokemon That Can Be Stored Is Very Different

The biggest difference between the paid and free plans is that the number of Pokemon that can be deposited increases from 30 to 6,000. The free plan can only be used as a temporary storage when moving and transferring Pokemon from one game to another, but the paid plan can be used as a storage location when your Pokemon inventory is full.

Select 1 Month If You Just Want To Just Transfer Pokemon

If you just want to transfer Pokemon from the other Pokemon games to Scarlet and Violet, you can subscribe to a one-month plan and complete the Pokemon transfer within the time frame.

*Tap each function to go to a detailed explanation.

Up to 6,000 Pokemon can be deposited at Pokemon HOME. You can check the status of the stored Pokemon including information such as its ability and the skillset.

Stored Pokemon Can Be Transferred To A Different Pokemon Game

*Pokemon SV will be supported from Spring 2023

Pokemon can be brought from other Pokemon titles other than However, transferring between the Pokemon HOME (center of image) and the Switch's Pokemon application (right side of image) can only be done with the Switch version of Pokemon HOME.

Only those who subscribe to a paid plan will be able to use the Judge Function, which allows them to check the Pokemon Individual Value (IV) stored in inventory. It will be easier to identify the Pokemon individual value if you deposit a large number of Pokemon of the same species that have been hatched from breeding.

By storing Pokemon in the special Wonder Box, you can randomly exchange Pokemon with people around the world. The exchange will take place automatically even when the app is closed.

Exchange The Pokemon You Want At GTS

Up to a group of 20 players can be added in a room and each user can exchange one Pokemon with the other. Who gets the Pokemon is completely random.

There Is Also A Random Matching Feature

In addition to exchanging group IDs and QR codes with friends, there is also the ability to join groups at random.

Feel Free To Trade Pokemon With Nearby Friends

You can exchange with users you are friends with in the Pokemon HOME. It is an easy way to exchange Pokemon, although take note that it can only be done within a close proximity

When a Pokemon is registered in a Pokemon HOME, the Pokemon also gets recorded in the National Pokedex. Following the Pokemon registration in the app, you will be able to view the Pokedex description of it for each game, such as its type, height, and so on, on both the Switch and mobile phone versions.

Pokedex Guide: How To Complete Pokedex and Rewards

When Mega Charizard X or a Gigantamax Charizard Pokemon is stored, each figure is registered in the National Pokedex.

You can also check Pokemon's moves and abilities, an exclusive feature to the smartphone version of the Pokedex.

You can get random Mystery Gifts if you scan the serial code or QR code for Pokemon HOME. Pokemon from these gift rewards will be sent to the Pokemon HOME box.

You can get a free Pokemon when you fulfill certain conditions at the Pokemon HOME. Free Pokemon like Pikachu in the picture will be described "Seems to have a had a fateful encounter in Pokemon HOME".

Pokemon You Can Get And How To Get Them

Pokemon other than startup rewards will be sent to the Present Box. From the mobile version, go to the Menu (3 lines at the bottom of the screen) → Mystery Gifts → Let's go to Present Box.

Battle Data Can Be Viewed

You can check the ranking of the Pokemon used in battles in Ranked Battle and online battles on Pokemon SV. You can also check skills, abilities, and held items in the ranking.

You Can Check Game Announcements

You can check announcements about in-game events and information about Pokemon SV online competitions.

When Pokemon are deposited, Pokemon HOME Points are accumulated according to the number of Pokemon deposited. Points accumulated can be redeemed for BP for each game.

How To Transfer Pokemon From The Pokemon Bank

Can Be Moved Individually Or In Batches

You cannot move Pokemon from the Pokemon HOME to the Pokemon Bank. Even Pokemon that were originally in the bank cannot be returned, so be careful when moving them from the bank.

Transfer To Other Pokemon Switch Titles

The above titles is free to move Pokemon around, take note that it is limited to Pokemon appearing in the Pokedex of each work. For example, a Pokemon from Pokemon BDSP could go through Sword and Shield → Legends Arceus and finally back to Pokemon BDSP

Pokemon that have been deposited in software other than Let's Go Pikachu and Eevee it cannot be moved back to the Pikachu & Eevee software. Be careful if you are planning to return the Pokemon in the end.

What Is Pokemon HOME?

Cloud Service For All Pokemon

Pokemon HOME is a new cloud service that allows you to collect all your Pokemon in one place. You can collect and exchange Pokemon from previous series as well as Switch titles and Pokemon GO in one place.

Available On Switch And Smartphone Apps

Differences Between The Switch Version And The Smartphone Version