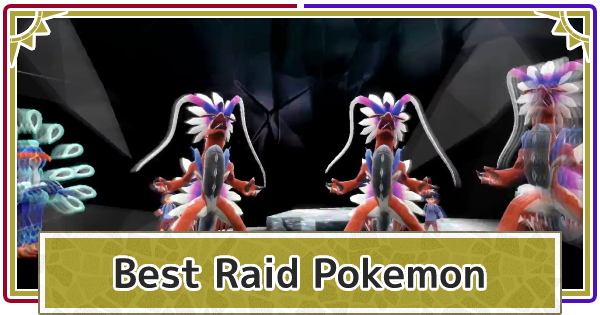 Recommended For 5 and 6 Stars Raids

Above are the recommendations for the difficult 5 and 6 Star Raids, If you are having difficulty in battling, it is better to play with friends.

Screech As First Move Is Great

Screech lowers the defense of Pokemon by 2 folds making Physical Damage deal more damage to enemies. It matches well with the Physical Attacker, Koraidon. Screech however has a pretty low Accuracy so if it did not hit the first time, no need to force to use the attack.

Be Careful With Types That Are Strong Against Fighting Type

For Koraidon, you will be using mainly fighting Types. So when you are fighting types that are listed above, use other Pokemon.

Use Metal Sound At The Start

When using Koraidon, you would mainly use Electric Type moves so when facing types above, it is recommended to not use Koraidon.

[Note] Do not forget to switch to Hidden Ability

The Meowth that you will receive from the event has the common ability for Meowth. Use Ability Patch to change to change the ability. This can also be obtained through 6★ Raides so it is recommended to raise Koraidon or Miraidon first.

Steely Spirit increases the damage of Team (including self)'s Steel Type moves by 1.5 Times. In a raid having 4 Perrserker with Steely Spirit can increase the power of Steel Types to x7.6 times

How To Get Galarian Meowth?

The Pre-Evolution of Perrserker, Galarian Meowth can be obtained by befriending teachers in the academy. If you want to breed Galarian Meowth for better stats, you need to make it hold Everstone.

After using Belly Drum to maximize the attack, heal your HP using Drain Punch. Since not fainting is important in raids, healing with Drain Punch is an amazing move.

Used Item Gets Restored After Using It

With the specialty Quark Drive, the Booster Energy will be used but it will be restored after the raid.

With Belly Drum, you want to raise your ATK to the MAX and then use the Ability [Huge Power] to get the best damage from the type matching move. If you use [Rain Dance] the Water move attack will be increased by 1.5 times.

To Care For HP Use "Sitrus Berry" or "Shell Bell"

When you use Belly Drum, your HP will be cut down to half so to recover 1/4 of your health use the Sitrus Berry, or recover the health of 1/8 with the Shell Bell.

Once You Use The Item, Can Be Recovered After The Raid

The Sitrus Berry will come back once the raid battle is over so do not worry.

Miraidon and Koraidon are bad against Dragon Type raids so in this case, Iron Valiant will shine. This is because of Iron Valiant's very high speed and the ability to use Drain Punch as a powerful damaging move.

Can Also Be Tank Type

With the ability, Reflect and Light Screen, Iron Valiant can also be a support for the team. However, the durability of Iron Valiant is not very high so make sure to watch your HP during the set-up phase.

Used Items Gets Recovered After The Raid

Booster Energy that is consumed because of the ability, Quark Drive, will be restored after each Raid so no need to worry about losing the item.

Tinkaton is a Steel and Fairy Type which is great against Fairy and Dragon Types. Especially at Fairy Raids wherein Tinkaton's unique move, Gigaton Hammer, which deal devastating damage to enemies.

Great When Covering Up For Koraidon and Miraidon

Fairy Type and Dragon Type Raids are difficult when using Koraidon and Miraidon because of their typing. Tinkaton is great for those raids which works amazing against those two types.

Assumes That You Are Playing With Friends

This is a recommended team for Tera Raid Battle. However, since Pokemon needs to match, this is only possible if you play with friends.

【Note】Make Sure To Use Hidden Ability

The Galarian Meowth that you will receive from the event has a common ability and you need to use Ability Patch to change it to Hidden Ability. You can obtain Ability Patch at ★6 Raids so you can raise Koraidon and Miraidon first.

Start With Screech At The Beginning Of The Battle

It is recommended to use one turn to reduce the defense of the enemy at the start. If you can communicate with the team, one of the players should use Cheer, "Go All Out!" for a faster clearing.

Be Careful To Pokemon Not Affected By Screech

If the Pokemon has the ability like above, status reducing stats may not work or will increase a status of the enemies.. When battling Pokemon listed above, avoid using Screech.

Not Recommended Against Type Strong Against Steel

Types that can decrease the damage of steel types will make clearing difficult for raids. For those types, use another Pokemon.

You Can Activate Iron Hands's Ability

Quark Drive, because of Miraidon's effect, Booster Energy is no longer needed as a held item. Using Power up item for power increase or stability of Farming is recommended.

The Host Should Choose A Pokemon With No Damaging Moves

The Ditto will transform into the Pokemon that the Host of the raid uses. So it is recommended that the host will use a very weak Pokemon without any damage moves. With this, the difficulty of the raid will be very easy.。

Other Than The Host, Koraidon and Miraidon Are Recommended

Use The Weakness Of The Terra Type

Before entering a Raid Battle, make sure to check the Type of the Raid Battle. Do not forcefully use a Pokemon that is weak against the Raid Pokemon Type.

Recommended To Use "Go All Out!" At The Start

During Raids, the "Support" that can be done 3 times and status moves like Screech are great for having an easier Raid.

In Tera Raids, making your Pokemon Faint is a huge time loss. So it is recommended to avoid it with HP recovering moves or increasing HP EVs.

Heal The Teammates When They Are About To Lose

By using Cheer's Heal Up, you can raise the HP of Team's Pokemon. Check the HP of your teammates and your Pokemon and use this cheer actively.

Do Not Forget To Use Terastal Form

After hiting 3 moves, you can transform your Pokemon into a Terastal.. This can easily boost the power of same type moves and is crucial when battling Tera Raids.