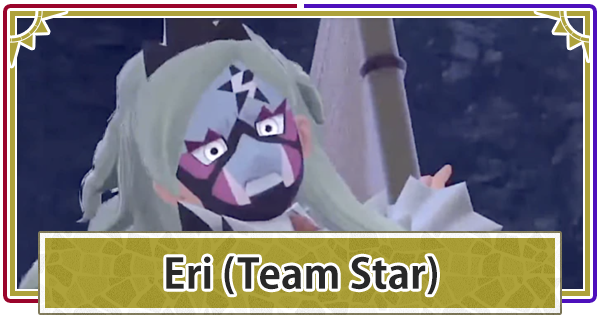 All of Eri's Pokemon team lineup are Fighting types, but only Lucario is not affected with their weakness. It is highly recommended that you assemble Flying/Psychic/Fairy and Ground type Pokemon in your team beforehand, which Fighting Pokemon are weak against.

The last calf starmobile used (Revavroom) has high HP and its defense increases every time it is attacked with Ability Stamina. If the short-term battle is difficult with the Physical technique, use the Special technique to cut it down.

When you get to Base, the first thing to do is to battle with the opposing crew in front of the gate. Then 1v1 normal Pokemon battle.

After defeating Shitappa, check the gate. The Base attack will begin with the first three Pokemon.

Once you enter the Base, use Auto Battle to kill 30 Pokemon within 10 minutes! During the Base attack, you will become a Star Barrage and can Let's Go up to 3 animals at the same time.

Can Be Recovered At Clive Or Vending Machines

Pokemon can be recovered by talking to Clive near the entrance or by checking the vending machines located in the Base. Recover at least 3 Pokemon to Clive before they become incapacitated.

If you can kill 30 of them in time, you will go straight into battle with the boss. Once the last one, Starmobile (Revavroom), is defeated, the Base strategy is complete.