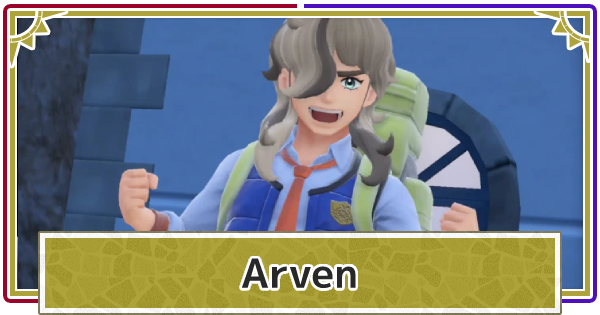 After helping Koraidon/Miraidon, you will head to the Poco Path Lighthouse. Here you will have a battle with Arven.

Arven's Skwovet is a Normal type, but you're unlikely to have a Pokemon that can exploit its type weakness. However, it's level is low, so use Moves that match your Pokemon's Type to deal more damage.

After Defeating All Titan Pokemon, Fight At The Poco Path Lighthouse

After defeating all the Titan Pokemon in the Paldea region, head to the Poco Path Lighthouse, the same place where you first fight Arven. A cutscene will play and after, you will have to battle Arven. After you beat him, this will complete the Path Of Legends.

Fighting Types Will Give You An Advantage

Arevn's lineup is not all of the same type, so they have different weaknesses. 4 out 6 of them though have a Fighting-type weakness. It's best to have a Pokemon that's either a Fighting type or have Fighting type moves.

After Clearing The Game, Join The Tournament At The Academy

After clearing the story, a tournament will happen at the Academy. You will be able to fight with Arven during that time too.

The held Pokemon did not change from the last battle. 4 Pokemon are weak to Fighting while the rest is weak to Flying. Quaquaval who can learn both types is amazing at this battle.