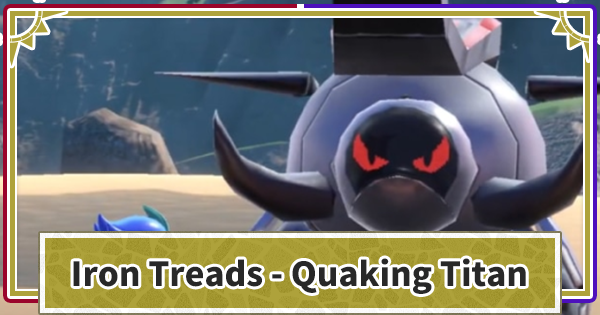 Fire/Water Will Give You An Advantage

Quaking Earth Titan is a Ground/Steel type, so it's weak to Fire, Water, Fighting, and Ground types. If you do not have a Pokemon with its weakness, Floatzel is a good Pokemon against the Titan Pokemon and its preevolution can be caught in West Province (Area Two).

Quaking Earth Titan - Location & How To Get There

When defeat it the first time, the Titan Pokemon will escape. Chase it down to battle it again.

Winning the second battle will finally defeat the Titan Pokemon. You will get the Herba Mystica and the Legendary Ride technique "Glide".

After defeating the Quaking Earth Titan, it becomes possible to explore high altitudes with the Legendary Ride Technique "Glide". However, since you gradually descend, you can't fly to locations higher than your starting one.