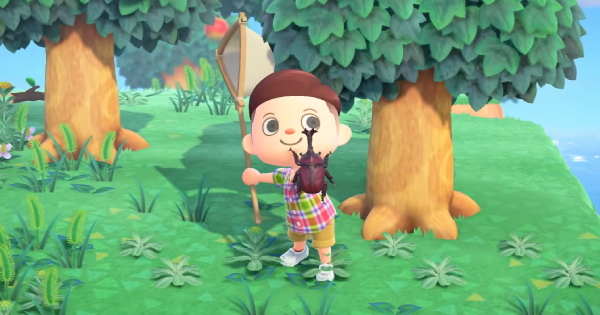 Check out this Animal Crossing: New Horizons Switch (ACNH) guide about the rare bug and fish list! Including rarity tier list and ranking, bug & fish prices, how to catch, & more!

We've put together a video featuring several of the rare fish in this article, so if you're a more visually oriented player, take a look!

Here you can see the Bug version of the previous video. If you're looking to catch rare bugs, take a look at this!

Rare Fish In The Sea

Rare Fish On The Pier

Rare Fish In The River

Rare Fish In The Pond

Rare Fish In The Mouth Of A River

Rare Bugs On The Ground

Rare Bugs Around The Flowers

Rare Bugs On The Tree

Rare Bugs On Other Areas

Sell For A Lot Of Bells

The main purpose of catching rare bugs and fish in Animal Crossing: New Horizons is to sell them for tons of Bells. Doing so will let you purchase tools, furniture, & other useful items easily!

Check Out How To Farm Money Fast!

You can also donate newly caught rare bug & fish to the Museum once it opens on the island. Though you won't get rewards, you can fill up the Museum for your own viewing pleasure.

Catching rare bugs and fish is necessary to complete your in-game Critterpedia. Use your Nook Phone to access it and you'll be able to see all the bugs and fish you've encountered and caught - even including the seasons they appear & hours they're active!

How To Catch Rare Bugs & Fish

To catch bugs and fish, you need to equip either a Net or Fishing Rod. These can be created with DIY crafting or purchased from the shop in Resident Services.

Use Fish Bait to Spawn a Fish

Scatter Fish Bait in any body of water and a fish will appear immediately. This will work at any time & anywhere, even at Piers and other locations.

Check Out How to Make Fish Bait Here

The type of bugs and fish you can catch will change depending on the season, the weather, & the time of day you go hunting!

After equipping a fishing rod, go near a body of water and look for swimming shadows. Cast your fishing rod near the shadow then press your button continuously when the fish bites!

Walk Slowly To Creep Near Bug

When you see a bug, to prevent it from running away, walk slowly to get near it. When you're near enough, release the net to catch the bug!

"Rare Fish In The Bridge" - should be renamed to "Rare fish on the pier", since it's not a bridge and gives false information.

Caught a Coelacanth march 21. In the sea at 8:25pm. Oarfish about 10 minutes earlier. 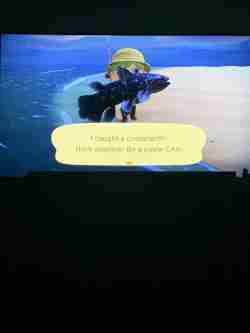