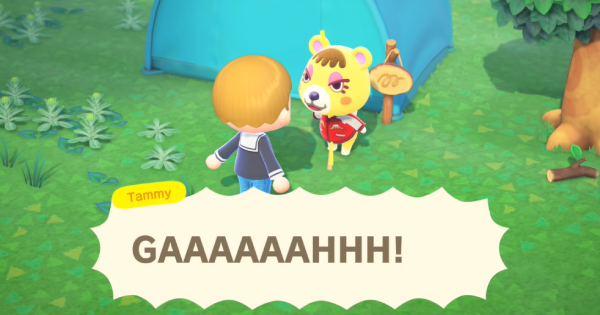 Animal Crossing | ACNH
How To Get Villagers To Move Out

Read this Animal Crossing: New Horizons (ACNH) guide on how get villagers to move out. Includes how to get rid of villagers, kick villagers out by amiibo card, & how to get more villagers!!!

How To Get Rid Of Villagers

Check Out All New Villagers In New Horizons!

Video Guide On How To Get Rid Of Villagers

How To Get Villagers To Move Out

How To Trigger A Moving Out Event

White Cloud Is The Indicator

Villagers who are thinking about leaving your island will have a white cloud appear over their head and will look visibly troubled. Note that this cloud will appear for other troubles they may be having too, so it's not 100% guaranteed that they're thinking about moving out.

No Need To Lower Friendship Level

When you repeatedly hit a villager over the head with a net, they will get angry. While this does in fact reduce your friendship level with that villager, it is not necessary to get them to leave your island!

Won't Move Out During Other Events

During events such as the Fishing Tournament, it seems that the villager move-out is blocked from triggering. In this case, simply wait until the next day (or change the date yourself) to get the white cloud moving-out flag to trigger for a villager.

How To Make Villagers Leave On Their Own

If you don't talk to the villager with the white cloud, it seems to sometimes be passed on to other villagers on the following day. By not talking to a villager and changing the date, you can try to pass on the desire to leave the island to another villager.

The white cloud marker that sometimes afflicts a villager will not appear during special events such as the Fishing Tourney or KK Slider's Concerts. Additionally, it won't always be passed on to another villager, and may instead sometimes simply disappear. There is no 100% surefire way of removing a given villager.

Only Applied To Villagers Who Are Outside

The white cloud moving-out flag will only be applied to villagers who are outside. If the villager you're trying to make leave is in their house that day, you'll have no choice but to wait another day to try again.

One day after a villager leaves and their house goes up for sale, the lot will be officially sold, indicating that a new villager has been decided and is incoming! If you want to get a villager from a Mystery Island Tour, note that the only time you can do this is on the day the empty house goes on sale! If you do it the following day, Tom Nook will have already sold it to another random villager.

Stop Them From Leaving

When a villager is distressed and start talking to you about leaving, you'll be able to choose whether or not they leave. Make sure to choose the right option - the final decision will come down to you!

Get Rid Of Villagers Using The Campsite

Randomly Swap With A Villager When At Max

In order to recruit new villagers that arrive at your Campsite, you'll need to have an empty spot available for them. If you're at the limit of villagers on your island, one villager will be selected at random to be replaced with the new recruit.

You Can Refuse A Trade

Once The Replacement Villager Is Decided, It Can't Be Changed

The new villager you're trying to recruit will suggest one specific villager to kick out, and once this villager has been decided, it can't be changed! You can bypass this, however, by shutting down the game before the dialogue finishes. Animal Crossing autosaves at the end of conversations, so if you press the Home button and close the game, you'll be able to try this over and over.

▲When you see the name of the villager they want to kick out (in yellow in the above picture), shut down and reset the game!

Check Out The Campsite Villagers Guide In Detail Here

Get Rid Of Villagers Using Amiibo

By using an Amiibo card and inviting a villager to your campsite, you'll be able to swap your villagers freely to make room for the new one. Just choose which one should get replaced and you're done!

How To Make Villager Leave With Amiibo Cards

Learn More On How To Use Amiibo Here

Need To Invite Them 3 Times

Villagers which you invite to your campsite via amiibo will not immediately join your island. You'll need to do small tasks for them a total of 3 times before they agree to move in! You'll have to call them to the island 3 separate times to get this to happen!

How To Get More Villagers

Can Only Have Up To 10 Villagers

Your island can only accommodate up to 10 Villagers at a time. At this point, you won't be able to make any new housing plots. Note that villagers will still arrive at your Campsite, but if you want to recruit them, you'll have to replace an existing villager for them!

Recruit On Other Players' Islands

So long as you have an available plot of land, it's possible to recruit villagers from the other players' islands! If your friend has a villager that is in the process of moving out and you visit their island, you will have a chance to recruit them over to your island instead!

Ask Around On Our Forums For Villager Recruitment Here!

Hitting the villagers or complaining to Isabelle doesn't work. Ignoring them or talking to them until they get creeped out works best.

These don't work. At all. Complaining to Isabelle just resets their clothing and phrases. Ignoring or hitting them also doesn't work. Most of the villagers that wanted to leave my island were the closest to me. So this whole article is just fake news tbh.

Also, there ISN'T an application selection in-game. That was just a misunderstanding of what Nook's quote referred to, and the only selection processes are through tours and the campsite. As for forcing a villager out, the only proven method in this "guide" is campsite/amiibo.

Still waiting for that source on Isabelle. It's also debatable if abusing a villager has EVER worked in moving them out; players have been doing that for almost 20 years with no consistent results. Did it suddenly change in NH?

Do you have a source on complaining to Isabelle actually working? Because complaints never affected moving chances in previous games. All they ever did was reset an animal to their default appearance and catchphrase, as a fix in case another player made it obscene.