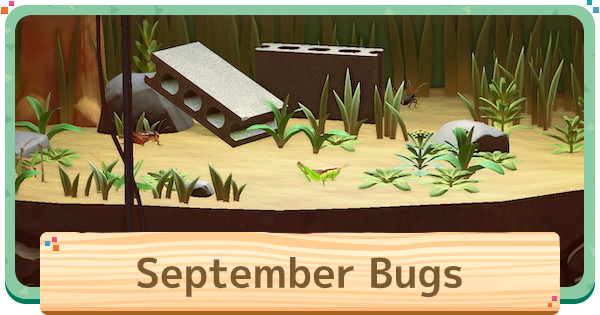 September - Bugs Which Appear in the Northern Hemisphere

Bugs You Can Catch In September

※ A red border means that bug can't be caught next month (October).

Catch Expensive Bugs While You Can

Starting from October, many high-value insects (in particular some butterflies) will stop spawning. This means that September is a good time to catch tons of them to make a lot of bells!

Check Out How To Make Money Here

September - Bugs Which Appear in the Southern Hemisphere

Bugs You Can Catch In September

※ A red border means that bug can't be caught next month (October).