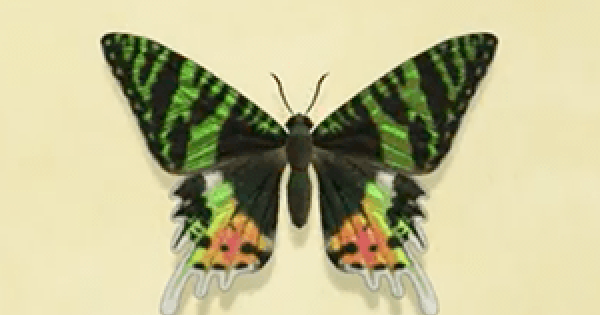 Read this Animal Crossing: New Horizons Switch (ACNH) Guide on Madagascan sunset moth. Find out the sell price, how to catch, what time of the day and year it spawns, and more!!!

It says april-sept. For northern hemisphere but then the chart shows the opposite. Which is it?

I found 2 of them today randomly. I have a sizable flower garden where I hang out and catch bug that spawn, and there they were.

Found one nowhere near the bamboo on my island around 2:30 pm... there were many lilies around though

I found one at 10:15 am in the northern hemisphere on my island. I do have one piece of bamboo but it wasn’t flying around the bamboo.

I found mine on a bamboo island I’m in the northern hemisphere no time travel!!