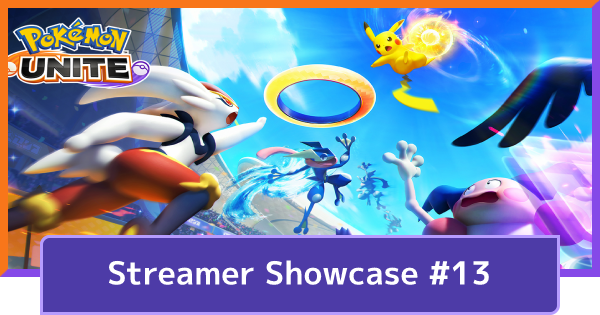 Hero iRL is a Twitch streamer that enjoys playing and streaming Nintendo games such as Pokemon Unite, Valorant, League of Legends, Mario Party Superstars, and more! He can play a variety of Pokemon, but his Dragonite and Tsareena gaming grabbed our attention! In combat, he's a very versatile All-Rounder. Check out his streams for ranked match tips and builds!

Part Of The Elite Four

Hero_iRL's is part of the Elite Four that strives to bring all Pokemon communities and directories together, advocating for wholesome positivity along their digital journey in-game as they create a home for all fans of Pokemon- new or old!

Hero_iRL showed off his skill with Dragonite in this awesome close battle teamfight to capture the wild boss Pokemon, Articuno, during the crucial Final Stages! His great Dragonite was able to knock out streak as he wipeout the opposing team with the help from the constant heals from its ally Blissey and Cramorant's additional damage. They were able to eliminate the opposing team's Defender, Crustle, weakening their defense thus Pikachu, having low endurance, was unable to dodge the incoming attacks and was knocked out from the burst damage. Tsareena also got terminated followed by a fleeing Gardevoir. What a feat indeed!

Hero_iRL was able to secure enough time for backup to come and help his Dragonite Pokemon against the the opposing team. He was able to knock out Cramorant in the process. Dragon Dance seemed effective against Venusaur that was eliminated completely with the following Solar Beam.

Goals Guide
How To Block A Goal

You can also check out for more builds with Dragonite on our guide below!

Hero_iRL was able to turn the tables with Tsareena in a high-pressure situation as we can see in the clip above. He was pressured to an almost-knock out from the close battle at the bottom lane but was able to recover with his quick thinking and execution of Tsareena's Queen Ascendant that has restored some level of HP. He then proceeded to build up Tsareena's momentum again and knocked out Garchomp. Cramorant got eliminated afterwards, gaining Hero_iRL a two consecutive knock out streak.

How To Heal
HP Recovery Guide

Hero_iRL used Tsareena to isolate and pressure the enemy Dragonite with its Unite Move, creating an opportunity for their ally Dragonite to eventually eliminate it. He then proceeds to push Blastoise away from the crowd and prevented it from doing crowd control moves.

What To Do In A Close Battle

Catch Hero_iRL on his weekly streams! You can check his social media accounts for more gameplay videos and Pokemon UNITE content. Have fun watching him and don't forget to give him a shoutout in the comments below!