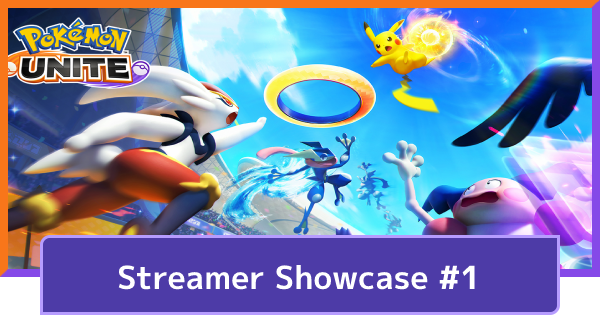 Check out this showcase of Pokemon Unite Twitch streamer ProblemsIRL. Find out what Pokemon he plays, useful clips, and more!

Pokemon Unite has been growing in popularity as as streaming game on platforms such as Twitch.tv, and many top ranking players have started to feature their gameplay online. However, it can sometimes be hard or overwhelming to decide exactly who to watch. In this series, we'll be doing short profiles on various streamers and letting you know who they are & what Pokemon they play!

ProblemsIRL is a variety streamer on Twitch who is based in Germany (his streams are entirely in English, however). Although he plays many different games, many of his streams do indeed feature Pokemon Unite. He's a skilled player who plays mostly solo queue, and finds himself in the low 1000s of Master Rank.

In a world where many (if not all) top players join 5-stack groups, ProblemsIRL's stream gives you a glimpse into what the world of solo Master Rank looks like.

Although ProblemsIRL plays a wide variety of Pokemon, you're likely to find a lot of Talonflame on his channel - played in mid particularly. You'll also see him play a lot of Slowbro - striking a good balance between defensive and offensive characters. You'll find both clutch support plays as well as aggressive takedowns on his channel!

Making use of Talonflame's Unite Move, Flame Sweep, ProblemsIRL effectively displaces the enemy Venusaur and Wigglytuff, pushing them into his team. Afterward, he uses Fly to maneuver around and jump on the enemy Talonflame. This choice was a key one, as if that Talonflame had been allowed to free it could have been detrimental for Problems' team.

ProblemsIRL's standard Talonflame build is somewhat defensive, using the Focus Band and Buddy Barrier. Due to Talonflame's ult having a very short cooldown, you get a lot of use out of the Buddy Barrier. The Razor Claw is an excellent damage increasing item on Talonflame that helps you out with burst damage.

In this clip, the main thing to note is how ProblemsIRL anticipates the Talonflame ult and knows to have his unite move ready to block it. Slowbeam locks down a target entirely, letting your teammates damage the target for free. Pressing your Unite Move is easy enough, but knowing which target to use it on and when is another matter!

A second clip to showcase ProblemsIRL's Slowbro play takes place at yet another Zapdos fight. This time, pay attention to the use of the Unite Move - he doesn't hastily blow it on Talonflame or Machamp, but instead carefully waits until an opportunity presents itself to target Lucario. Patience like this is key in higher level gameplay.

Slowbro's Surf is one of the most powerful crowd control abilities in the game, so firing it off with precision is very key. Problems manages to do this, almost always hitting more than one person, and incapacitating key targets during the fight.

Slowbro is a tanky character, and this build emphasizes those qualities, running 3 defensive items. If you're running the score shield for yourself, make sure you're assertive with your scoring - not taking advantage of the shield component is a waste! Note that ProblemsIRL tends to run Amnesia over Telekinesis. When playing in solo groups, it can often be hard to communicate your Telekinesis usage, so Amnesia is often a safer bet.