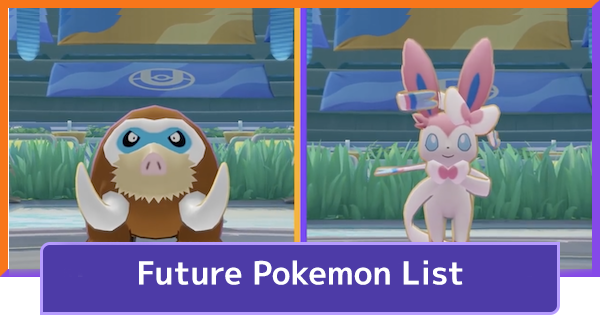 Espeon can now be taken into battle in the Unite Arena with its latest arrival along with this May 16 Balance Patch Update. Get to use Espeon's psychic abilities and blasts enemies through the lanes. Will this new magical creature be able to beat the odds on the current Meta? Learn more about Espeon's powers and how to use them with our guides below!

So far, a total of 26 Pokemon have been officially released, with 10 of them hailing from Generation 1 and the other 16 from following generations. It's possible that more Pokemon from other generations will be added to balance things out!

What Gen Will The Next Pokemon Be From?

What Generation do you think the next Pokemon to be added will be from? Answer the poll below to let us know!

What Pokemon do you want to appear in the game the most and why? Let us know ⬇in the comments section below!

The Pokemon below are a few possible candidates that are from generations 2 or 5 and also could potentially be added as a Supporter, Speedster, or All-Rounder!

A classic and fan favorite, there are doubtless tons of people who want to see this Pokemon show up in Unite! Tyranitar is a perfect candidate for an All-Rounder, having great attack, but also very beefy defensive stats. Perhaps we could see it summon a Sandstorm in its immediate vicinity? No doubt its signature move Crunch would also make an appearance.

Perhaps a somewhat niche pick, Feraligatr is close to the hearts of many players of Gold and Silver (as well as the remakes), being one of the coolest water type starters. We'd love to see this gator Slash and Thrash around Unite's battlefield!

With a base 130 speed in the mainline games, we feel Crobat might be a good candidate for a generation 2 Speedster! It could perhaps dash around with some flying moves like Acrobatics or Fly, and attack enemies with poison moves like Venoshock and Cross Poison?

Hydreigon, though known to be a very offensive beast in the main games, has rather balanced stats, and could ostensibly be added as an All-Rounder! Perhaps it could have Dragon Pulse and Dark Pulse, or maybe even a stat boosting move in the form of Nasty Plot?

Zoroark also has a good offensive stats and a decent speed to boot. With these stats, we feel it could be added as a potential Speedster! Plus, imagine all the interesting things you could do with its Illusion passive. In the main games, Illusion would make Zoroark take on the appearance of another Pokemon in your party. If it had the same power in Unite, it could certainly cause chaos!

Release Dates Of All Pokemon

▲ Clefable as seen in the official 2020 Trailer.

There is currently no news about the release date of Clefable. As of the moment, Clefable is just a rumored Pokemon. We'll have to wait for any official announcements before we can confirm its appearance.

Honestly i really love to see my boy Birharp as an attacker, it got really high one for a 490 base stats pokemon.

Or maybe Samurott as an all-rounder considered it's quite bulky and got decent attack stats.

I would also love to see bellossom as a supporter and I thint that clawitzer as an attacker would be a likely choise as there is only one other pokemon from unova in the game-crustle.