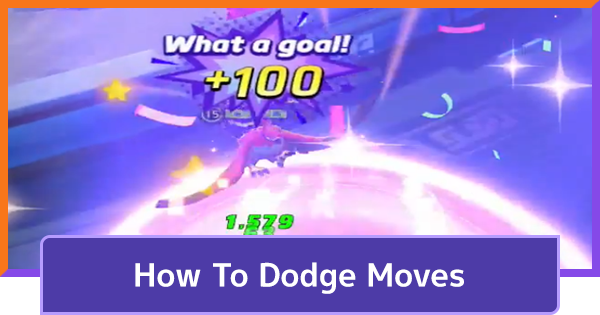 Check this guide on how to dodge in Pokémon Unite (Pokemon MOBA). This guide includes how to avoid moves, tips on avoiding and dodging & more.

Dodge Moves - What Is Dodging?

Moving Quickly Out Of Harm's Way

As you might expecting, dodging simply refers to avoiding your opponent's incoming attack. This may sound obvious, but people often fail to prioritize dodging moves when in the heat of a battle. Read on below to learn more about how to dodge your opponent's moves.

1. Be Aware Of Your Opponent's Movement

Standing Still Can Make You An Easy Target

The easiest way to get hit is by standing around. Even when trying to KO a wild Pokemon, make sure to move while attacking! Keep your movements unpredictable, lest you become the easy target of an ability.

Always Be On The Lookout

During the match, always be on the lookout for enemies. Expect that they may come flying out of the grass with a surprise attack - be careful not to move away too far from your team or your Goal Zones.

If you only move forward when attacking and going backward when escaping, it will be easy for your opponents to read your next action. We recommend making your movements difficult to read by pretending to attack or to escape. Keep things unpredictable!

Some moves like Venusaur's Solar Beam and Gengar's Shadow Ball are straight-line attacks. These are easier to avoid by moving to the left or right than by moving up and down.

Makes It Easier To Avoid Attacks

Some moves that can increase your speed such as Eldegoss's Leaf Tornado are useful for avoiding your opponent's moves. Make sure to use this move in when the opponent uses their moves.

Pokemon That Can Increase Their Speed

4. Use Moves To Dodge

Moves are not just for attacking - they also have the potential to be used defensively for evading. If you are unable to avoid an opponent's move, try using one of your moves to dodge the incoming attack.

Use The Eject Button If You're In A Pinch

The Eject button can teleport you a short distance, even through obstacles! The cooldown is long, however, so we recommend using it only when you're in trouble (especially when near-death).