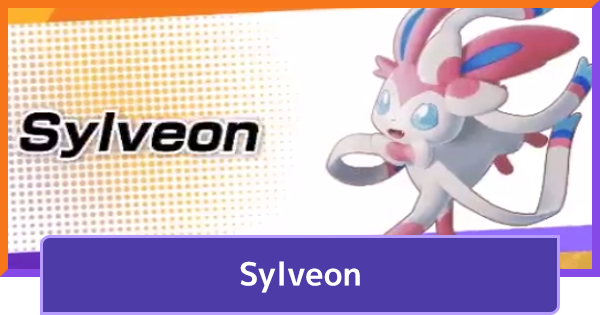 Sylveon's Unite Move, Fairy Frolic, received a bug fix this November 10th patch. It resolved the issue of its HP recovery effects that were not taking effect on some instances, even after using the move.

A mere two days after its release, Sylveon has received two substantial nerfs to its main damage-dealing moves, Mystical Fire and Hyper Voice. These nerfs are fairly substantial and should serve to bring Sylveon more in line with other Attackers!

This build focuses on using your abilities to bully enemies by running them down with attacks and debuffs. The beauty of this build is that it enables you to head straight into battle without worrying too much about your HP levels running too low, thanks to Draining Kiss. Work together with another ally and you'll get yourself some really quick enemy KO's.

This build is great for isolating key targets with Mystical Fire & Draining Kiss, and then burning them down with the help of your teammates. Thanks to the HP restoration from Draining Kiss, you could choose to forego some defensive items and prioritize upping your Sp. Atk with Wise Glasses & Choice Specs.

This build gives you the tools to deal burst damage to key targets. The Sp. Atk & Sp. Def buffs from Calm Mind give you the tools to quickly run an enemy down using Hyper Voice, especially since the latter actually deals more damage the further an opponent is. Note that you'll need to aim well to maximize this build's potential.

Mystical Fire To Dish Out Enemies

This build focuses on easy maneuverability and damage output. With Mystical Fire, you can deal damage to opponents even when moving and slow them down when they get hit by one of its flames. Its damage is enhanced when you use it at the same time as Calm Mind - which boosts Sylveon's Sp. Atk, Sp. Def, and movement speed for a short time.

Sylveon can unleashes multiple soundwaves that attack anyone caught within its range. The more the target gets further away, the more they are inflicted with damage. The damage caused by this move increases each time a wave of sound hit the target. This is why its a great move to execute when chasing down fleeing enemies.

Use Draining Kiss To Get Lifesteals

Sylveon's defense may not be at par compared to others but it does have Draining Kiss ability to recover HP while inflicting damage to compensate for this. Sylveon's deadly Draining Kiss lives up to its name as it steals enemies HP to recover itself. It also decreases the movement speed of its unfortunate target for short period of time, making it easier to hit with its follow up move.

This section has basic tips and tricks that you must know to effectively control Sylveon. Treat this as a supplement to the Beginner's Guide.

This section is for those looking to up their play with Sylveon. This is a supplement to the Advanced Players Guide.

Although Baby-Doll Eyes is a good offensive move, we recommend that you start with Swift as it deals more damage for faster KO's - a very important thing to consider at the earlier stages of the game. Aside from this, it also can deal damage to several Pokemon at once, so utilize this when targeting Wild Pokemon that are lined up.

Although you can deal with powerful hits even at the beginning of the game, you will find that your endurance is on the lower end. Avoid close fights and generally try to keep your distance as you inflict continuous damage on your opponents. You can get more offensive once you get Baby-Doll Eyes as this move both deals damage & decreases the opposing Pokemon's attack and movement speed.

Once you evolve into Sylveon, you'll get two powerful move choices: either Mystical Fire or Hyper Voice. The former deals damage and debuffs enemies, while the latter deals area damage that hits harder the farther the enemy is. Once you've added these moves to your arsenal, you'll be able to run enemies down more effectively, but make sure you still work with allies!

At level 6 you'll get a choice between Draining Kiss & Calm Mind. Calm Mind will give you Sp. Atk, Sp. Def, and movement speed buffs, providing Sylveon with better chase potential. Draining Kiss is a safer alternative, however, as it's a sure hit that deals damage at a long range, restores your HP, and slows your enemy down. Consider adjusting your 2nd move depending on which one you pick here.

Start with Mystical Fire to close in on your enemy, lower their Sp. Attack, and deal damage. The enemy debuff granted by this move gives you a safety net to get closer without worrying about taking in too much damage. Follow up with Draining Kiss to restore the HP that you might have lost, inflict damage, and slow down the movement of your opponent to close in for the KO.

This build maximizes damage and chase potential by giving you Sp. Atk & Sp. Def buffs as you dive into battle. Start the combo with Calm Mind then quickly follow up with Hyper Voice to keep damaging your enemy as you hunt them down. Note that with Hyper Voice, 1) the attack will be targeted in front of you regardless of the buttons you push or how close you are, so aiming well is key, and 2) the further the opponent is, the more damage they take in, so don't be afraid to chase after them for that KO!

This build focuses on maximizing the damage Mystical Fire can inflict to unfortunate targets. Before attacking, make sure to activate Calm Mind first to increase its Sp. Atk, Sp. Def, and movement speed for a short time. Once the buffs are active, use Mystical Fire next to rain down fire on your enemies. Each time a flame hits, it reduces the cooldown of this move so you'll be able to use this again. You can execute enemies with the next follow up attack or with your Unite Move.

This build make's Sylveon potent while being fully mobile in ranged and melee combat. Mystical Fire's wide AoE enables you to attack enemies with increasing damage from a safe distance. This is also a great escape tool as aside from dealing damage, it slows down enemies hit by the flames. When enemies gets too close, you can use Draining Kiss to turn the tables with its lifesteals and speed debuffs. Thus increasing your survivability even at close quarters.

Sylveon's Unite Move, Fairy Frolic is a great move to utilize in a pinch as it grants invincibility while you're up in the air, deals damage as you land, and restores your HP. The damage you deal with enemies afterward is partly converted to HP, giving you plenty of opportunities to survive a tight battle!

This section will guide you on what specific Wild Pokemon to target in what order, as well as what to do at various stages of the game. This guide is based on the Mystical Fire/Draining Kiss build.

It is recommended to choose Swift first during the early stage of the battle, as it deals higher damage and hits opponents 4 times, making this a good move for getting the last hit on wild Pokemon!

Since Eevee isn't very powerful in the early game, try to level up to level 4 ASAP. Then, aggressively attack the opposing side and capturing their Wild Pokemon using Mystical Fire.

Mystical Fire is very well suited for chasing after enemies. If an opponent's HP drops low, chase after and finish them off. That being said, pay attention to your own health and heal up with Draining Kiss whenever you're low!

After First Drednaw Until Zapdos Spawn

Mystical Fire will allow you to escape from disadvantageous battles with relative ease. This makes going after Wild Pokemon on your enemy's side of the field possible - you'll want to gain as much of a level advantage as possible before Zapdos. Note that Sylveon's Unite move has a natural cooldown of 139 seconds, so you might want to refrain from using it after 4 minutes.

The Zapdos battle at the end of the game will likely be a place where Unite Moves fly. You'll want to use your Unite Move to adroitly dodge the most lethal of your enemy's attacks. Stick with your Defenders, coordinate with team members and use your Buddy Barrier shields to win the fight.

Pokemon Sylveon Is Weak Against

How To Play Against Sylveon

Pokemon Sylveon Is Strong Against

Tips When Allied With Sylveon

So, Sylveon has arrived in Unite. So, please make a build. 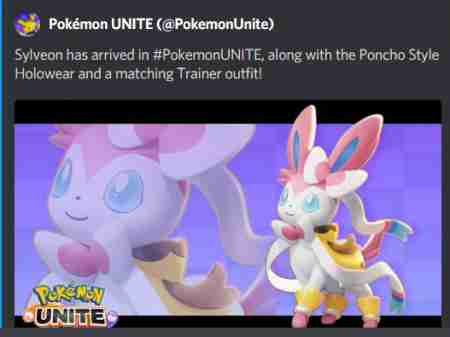