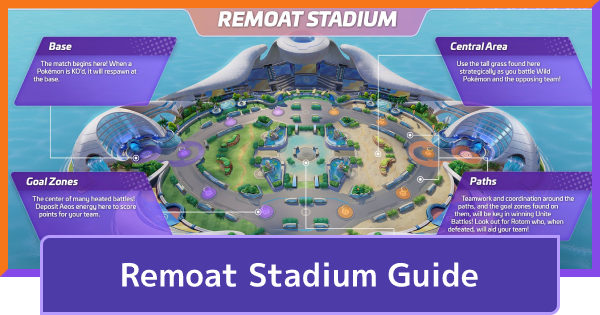 There are some notable adjustments with the Remoat Stadium map from the December 9th Update. The First Goal's Sitrus Berries have been adjusted to despawn after 5 minutes of the match regardless if the goal has been destroyed or not.

The Middle & Base Goals HP and Shield effects were increased as a compensation for the changes made to the First Goal.

Remoat Stadium also received a major update with its appearance change during this Holiday season! The map didn't change but some Pokemon were replaced to match the holiday theme.

Tauros has replaced Boufallant and Stantler replaced Ludicolo. Though the wild Pokemon have changed for this map, they have retained the same effects.

Feel The Cold Wrath Of Articuno

One of the Legendary Birds: Articuno has also made it to the holiday event! Just like Zapdos, the Pokemon also gives the same effects. However, instead of a paralyzing thunderbolt, your opponents will be met with a cold shiver which will cause them to freeze if your team gets to capture Articuno. 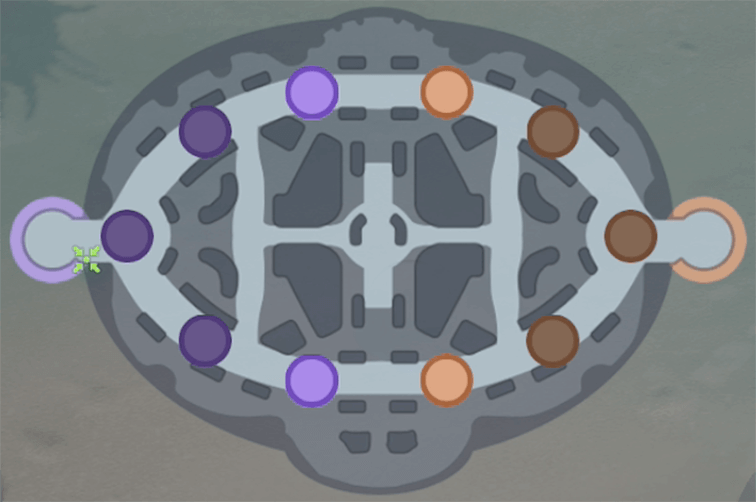 Remoat Stadium is one of the featured maps during the Beta version of the game. It's currently the only map where the Standard and Ranked matches are played.

Features 5 Goals Each Per Team

Each team will have their own side of Goals in Remoat Stadium. These goals can be contested and completely broken if enough points are scored by the opposing team.

Goals in Remoat Stadium could be broken when an opposing team completely fills the bar by scoring the required number of points on it. Once it breaks, that goal will become inaccessible to players.

The Super Jump will spawn right at the player bases once the match has reached the 5-minute mark. It can then be used by players to travel to 6 different landing spots.

Defeating Specific Pokemon To Get Buffs

There are specific Wild Pokemon in maps that will give buffs to the Pokemon that defeat them. In the case of Remoat Stadium, the Jungle Buff Pokemon are Ludicolo and Boufallant.

Use Jump Pads To Get Around

Since Remoat Stadium is one of the larger maps, it's ideal to use Jump Pads to get around it. The Super Jump Pad in particular is helpful to get you back in the field and is much faster compared to just walking there. This spawns 5 minutes after the start of the match.

Defeating Zapdos should be high in the priority list of all players since it can easily change the tides of the match. With points and an insta-cast buff, you can easily close the gap on a losing game or widen it further if you're winning.

With 2 lanes to contest and defend, knowing which lane to prioritize and focus on is a must. It's not recommended to have all of your team in a single lane. Spread your resources and be ready to switch lanes when needed.