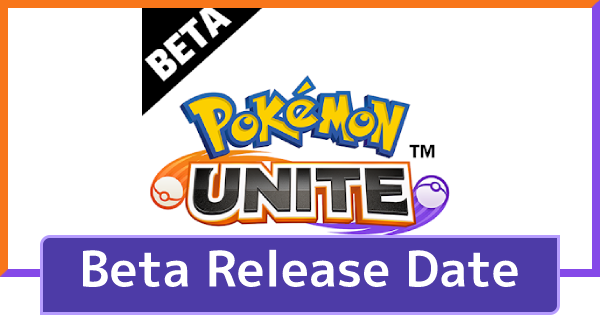 The Pokemon Unite Beta (Pokemon MOBA) is an open gameplay test before its official release. Learn about the Beta release date, download, Nintendo Switch, how to access, and more.

Beta Period Over (Japan Only)

The 2nd BETA release of Pokemon Unite has already finished. This BETA was only accessible in Japan, and players with access to a Nintendo Japanese account were able to download the BETA from the online shop.

In-App Purchases Not Available On Beta

The Beta did not support in-app purchases, but players received 8000 Gems and 15,000 Aeos Tickets for free! The gems were given via in-game mail after players logged in to the beta for the first time.

Progress Will Not Carry To Live Version

Progress done in the Pokemon Unite BETA did not carry over to the live version of the game. Unlocked Pokemon, Skins, and Battle Pass rank were all reset once players started a game in the live version.

Available Only On Nintendo Switch In Japan

The last Beta was only available on the Nintendo Switch at the Japanese Nintendo eShop. Nintendo Online was not necessary to be able to play.

While the beta was only available on the Switch, the official game provides full support for Switch, iOS & Android devices.

In the official release, players of different platforms can share the same battlegrounds thanks to the Crossplay feature. For example, players on the Switch can battle it out with their friends on Android!

This section is based on past Beta and may subject to change.

Install From The Nintendo eShop

The beta will be available on the Japanese Nintendo eShop. Look for the game and install as usual to try the game before its release in July 2021!

All Progress Will Be Wiped

All progress in the beta will be wiped with nothing remaining. Even when Beta players play the official release version, they will need to start afresh.

A limited beta was conducted on March 2021, with several restrictions that applied:

The app for the beta will be in Google Play Store as the last beta is Android only. In the future beta for other devices, players can go look for "The Pokemon Company" in their respective device's store for Beta App files.

All Progress Will Be Wiped

All progress in the beta will be wiped with nothing remaining. Even when Beta players play the official release version, they will need to start afresh.