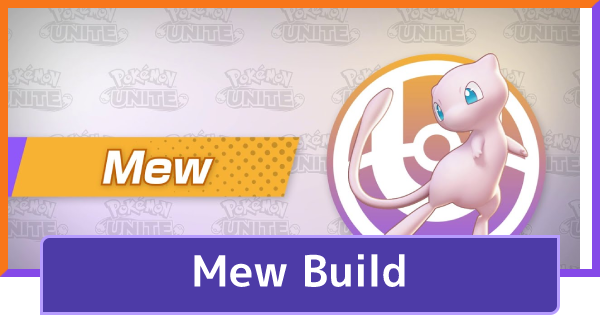 With its range and concentrated damage, Solar Beam is a great move to use on distant targets. With a little practice on aiming and timing, you can steal the last hits from team objectives. You can try this tactic when struggling for team objectives, especially Zapdos.

Shield Yourself With Light Screen

You can prevent other Pokemon especially melee-types like Machamp from getting near and using their moves like Submission on Mew with Barrier. You can also use this to trap enemies in nearby walls or on fleeing targets to stop them from escaping and ultimately finish them off.

Surf Into The Lanes

The movement gained by Surf and its AoE CC component is invaluable in team fights. You can also use Surf to block enemies from the goal zones or tactically use it to gank. Furthermore, it can be used to chase down enemies or to escape.

Speed Up Allies With Coaching

You can help buff up the attack speed of your allies in team fights with Coaching to knock out targets quickly. Plus the additional shield will give extra protection so Mew and nearby allies won't get damaged from attacks not to mention it reduces the cooldown time of Surf.

Even starting from level 1, Mew already has a strong fighting ability as it may use powerful moves such as Solar Beam. When opting to choose from the three moves make sure to choose Solar Beam over Electro Ball as it deals more damage aside from its longer range. Use it to snipe down spawns and objectives.

Level Up To Reach Power Spike

After easing into the game, you'll find that even though you can deal powerful hits even at the earlier stages, your endurance is on the lower end. It can sometimes be better to save your Surf as a getaway tool, instead of using it offensively.

You can take advantage of Surf's ability to stun and incapacitate enemies by creating opportunities for your allies in team battles. You can also use this to set up for executing Solar Beam or Electro Ball to make sure your targets won't be able to dodge or get away.

When Mew reaches level 5, it will be able to unlock Move Reset, this enables Mew to able to relearn its Move 1 and 2. Being able to change moves is a great advantage as it will enable you to adapt to any situation at hand. Mew to be versatile as an attacker and a supporter by providing buffs and shields.

You can prevent your opponent from advancing and stealing team objectives when you shove them with Light Screen. Trap enemies against the wall to isolate them from their team, especially key players so they won't be able to do much in battle.

Dash Through The Lanes With Agility

When you need some extra speed to aid your teammates in battle, you can use Agility to buff up Mew's movements when you don't have battle items like X Speed or Eject Button. This can also be used as an escape tool in tough situations.

Mystical Mirage is great for team clashes as it makes Mew and its nearby allies invincible so they will be hard to aim and target for a period of time, which can be a great countermeasure when faced with key players that use Pokemon like Decidueye that uses skill shots. Furthermore, it can be used to gank the other team, especially during the Zapdos fight. Take note that even though Mew and its allies are not easy to hit, they are still vulnerable to take damage, especially from moves with a wide area of effect.

Pokemon Mew Is Weak Against

How To Play Against Mew

Pokemon Mew Is Strong Against

Tips When Allied With Mew