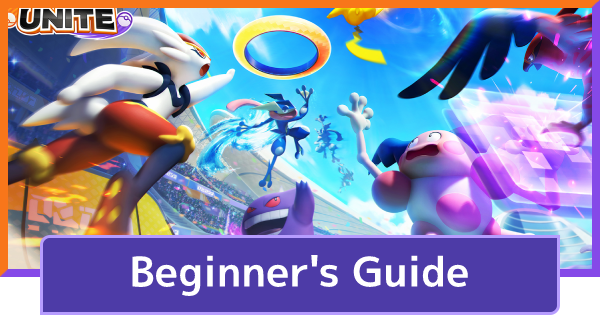 Pokemon UNITE | Pokemon MOBA
What Is A MOBA & How To Play

What Is A MOBA?

A MOBA (Multiplayer Online Battle Arena) is a category of game where players are divided into 2 teams and compete against each other. MOBAs are known for their high degree of competitiveness. See the table below for further detailed characteristics.

Characteristics Of A MOBA

Pokemon Unite - Rules & How To Play

Just like many other familiar MOBA titles, Pokemon Unite will feature 5v5 combat. Players will choose 1 main Pokemon to control.

Duration Of A Match

One match is 10 minutes long. Score counts double in the last 2 minutes of the match so you never know who is going to win until the last second!

Field Is Divided In 2 Sides

The battle arena is divided into your side and the other team's side. On each side, there are 5 goals (scoring areas).

The goal of the game is to score more points than the enemy team. In order to score points, you'll need to gather points and move to opponent's goal.

How To Get Points

Points can be obtained by capturing wild Pokemon or defeating your opponent's Pokemon.

Learn How To Get Points From Here

Pokemon can level up & evolve by getting EXP points. By leveling up, they learn new moves and some Pokemon evolves. Train your Pokemon and defeat opponents!

Learn How To Level Up Fast From Here

As Pokemon levels up, they learn finishing move called Unite Move. Unite moves have very strong effects and differs by each Pokemon.

You Respawn After You're Defeated

Even if you are defeated, you can respawn from your home base by waiting for 10 seconds. You will lose part of your points as a penalty.

If you are playing on mobile, a joy stick will appear on the left to move. Tap the attack icon on the right to use your moves.