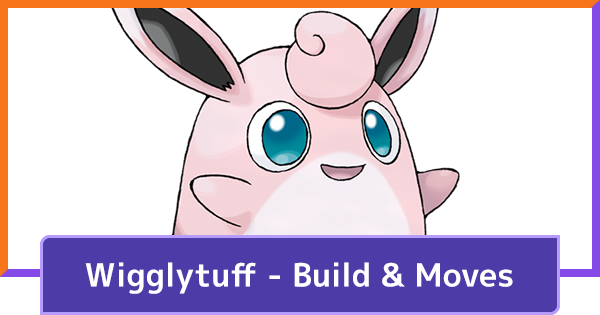 Wigglytuff received a minor bug fix involving Pound's effects in the December 9th Update. This adjustment may help Wigglytuff users to more effectively use the move in battle!

Wigglytuff has been hit somewhat hard in these recent changes, seeing overall decreases to its damage dealt. Pokemon not waking up when attacked while asleep was also determined to be an error and has been fixed. This will likely affect Wigglytuff's performance overall.

Wigglytuff has had a singular bug fix in the August 18th patch. This should be an overall positive for the Pokemon going forward.

Wigglytuff has received major updates on the Aug 4 patch which are buffs and a bug fix! Double Slap damage has increased to about 35%. That goes as well for Sing with a buff increase & lastly, Dazzling Gleam has been fixed and can now damage Wild Pokemon.

Open your attack with a Dazzling Beam, as it has a relatively short cooldown. Immediately after your attack connects, use Sing and enter into the middle of the fray. Use Dazzling Beam again to deal more damage. With this combo, Wigglytuff can whittle down a significant amount of enemy Pokemon HP.

Must Join In Clashes

For solo queue, we recommend going with Rollout, as it will give Wigglytuff the necessary mobility to get in and out of perilous fights. If you're with a coordinated group on voice comms, consider using Sing instead.

Rollout + Dazzling Gleam allows Wigglytuff to get in close and burst down enemy Pokemon. You can use this combo to chase down stragglers or to get into fights.

This build maximizes the effects of the changes to Wigglytuff in the latest balance patch and is great for both supporting your allies and dealing a bit of damage in the process. Sing gives your allies the buffs they need while debuffing opponents and putting them to sleep. You can follow this with Double Slap to deal damage and further debuff them.

With Rollout, Wigglytuff momentarily disables any enemy Pokemon it comes into contact with. Use it to enter fights and disrupt the enemy formation. Once you land in the middle of the fight, you can use Double Slap to inflict slow. Make good use of these 2 moves to harass the enemy team.

This section has basic tips and tricks that you must know to effectively control Wigglytuff. Treat this as a supplement to the Beginner's Guide.

This section is for those looking to up their play with Wigglytuff. This is a supplement to the Advanced Players Guide.

If you’re following a high damage Pokemon, get Defense Curl for the shield. If following defenders, getting Pound first will provide the damage Wigglytuff needs to clear wild Pokemon fast. You can be somewhat aggressive thanks to your decent HP & damage.

Can Act As Lane Support

Alternatively, you can make use of Wigglytuff as full support by accompanying an Attacker Pokemon in a particular lane. Make use of either Sing or Rollout to disrupt enemy openings & get as much experience as you can.

Your Basic Attacks Can Stun!

Take note that Jigglypuff/Wigglytuff's 3rd basic attack inflicts a 1 second stun once it lands! Be proactive and try to land basic attacks when you find yourself in the middle of fights to stop an enemy Pokemon from moving.

At level 4, Wigglytuff will need to decide which build to go down with unique playstyles and effects. During this phase, Wigglytuff can start pushing with its allies thanks to its crowd control moves to secure goals. However, damage output can be lacking so remember to stay with your team when pushing.

Get A Good Angle For Rollout

If you chose to get Rollout instead of Sing, prepare to jump into most fights. Rollout can bounce back to roll again when Wigglytuff hits an obstacle. Depending on the location, you can have Rollout run for a long time to effectively perma-stun enemies.

Use Rollout To Actively Gank

Wigglytuff can support other lanes by traveling around using Rollout. Initiate an attack by hiding in a bush then using Rollout to crash into an enemy Pokemon. Make sure to have your allies around to secure a kill as Wigglytuff's damage may not be enough.

This build provides shield, some crowd control and damage so is suitable for overall gameplay. You can disrupt enemy Pokemon and get a shield with Rollout while doing decent damage with Dazzling Gleam. Rollout can also be used to get Wigglytuff out of tough situations thanks to its long roll distance.

This build focus around Sing to put the enemy team to sleep, essentially isolating them to be handled one by one. However, it requires careful communication with your teammates to take advantage of the momentary stun. Also, Wigglytuff will lose a shield and a movement move by opting out of Rollout, making this build somewhat situational.

This build lets Wigglytuff make use of Rollout to close the gap and Double Slap to damage and slow down enemies. From a bush or unseen location, use Rollout to get in close, then Double Slap enemies to leave them vulnerable to your team's attackers.

This build maximizes the effects of Wigglytuff's balance patch update and is great for both supporting your allies and dealing a bit of damage in the process. Start with Sing to give your allies the buffs they need while debuffing opponents and putting them to sleep. Follow this with Double Slap to deal damange and further debuff them.

You may want to start assisting your teammates in other lanes or find the opening to take down Drednaw or Rotom. Note that Wigglytuff lacks the Defense to be able to withstand attacks from these Wild Pokemon, so always ask for help if you're trying to take them down.

Use Sing To Disable Enemies

Wigglytuff's Sing skill disables enemies that are affected by it. You can use this skill to scare away or disable enemies guarding goals. You can also use it during clashes to momentarily stun enemy Pokemon.

Use Dazzling Gleam To Farm

Wigglytuff's Dazzling Gleam can be used to farm mobs of Wild Pokemon for experience. It has a relatively short cooldown and can be used multiple times if used in tandem with Rollout.

Your primary focus at this stage will be to follow the bulk of your teammates for potential late-game clashes with the other team. Wigglytuff can also help defend goals by saving & using its Unite Move Starlight Recital, as it causes a wide ranged attack and has a shield. Pay attention to the status of Zapdos prevent its capture from the enemy team, using your Unite Move if convenient.

Try to get Wigglytuff's Dazzling Gleam out before using Sing. Then, evaluate the results of Sing to determine your next step. If not a lot of enemy Pokemon were put to sleep, attack as usual. If many of the enemy team were put to sleep, coordinate with the team on which enemy to focus fire on. A rule of thumb is to pause a few seconds after casting sleep to determine how you should proceed.

Starlight Recital is a pretty straightforward Unite Move. It grants Wigglytuff and nearby allies shields, removing debuffs and making them immune to status ailments for a short time. Use it accordingly against your opponents to prevent your team from being disabled. This can give you a huge advantage especially when executed properly during a large clash!

This section will teach you which specific Wild Pokemon to kill in order, as well as exactly what to do at the beginning and end of the game.

We recommend that you choose Pound as your first move, so as to more easily KO Aipoms. Note that Pound will hit the 3rd and 4th Aipom at once, making it very efficient.

Wigglytuff is incredibly powerful when you've reached level 4. You can use Sing to immobilize opponents and then attack with your allies. Using Sing to prevent enemies from getting last hits is also a good strategy.

Wigglytuff unlocks its Unite Move at level 8. This will heal you and nearby allies, while also giving you a shield and a disabling effect. It's very effective to counter your opponents' crowd control abilities.

Since Wigglytuff is a support type, it relies on having allies around it to perform effectively. After you've KO'ed Drednaw, always stay close to your allies as much as possible.

Pokemon Wigglytuff Is Weak Against

How To Play Against Wigglytuff

Pokemon Wigglytuff Is Strong Against

Tips When Allied With Wigglytuff