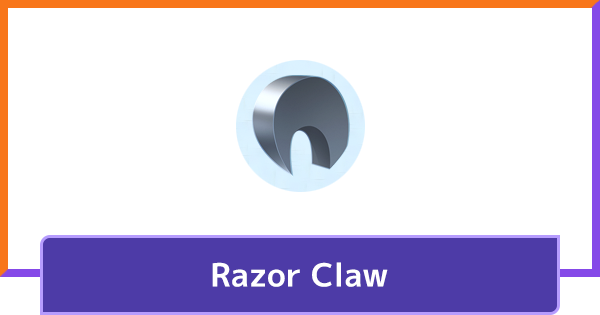 Pokemon UNITE | Pokemon MOBA
Razor Claw - How To Get & Stats

Razor Claw - How To Get

Razor Claw - Effects & How To Use

Must Use Buff Within 3 Seconds Of Using A Move

▲Razor Claw activation indicator can be seen in the bottom right.

Effect Is Applied To Auto Attacks Within Moves

▲Lucario's Extreme Speed shows that the Razor Claw Effect works on auto attacks within the move as well.

Basic attacks that are baked into certain abilities will also be empowered. Doing so will let you effectively reset the internal cooldown of this ability, making these moves very efficient.

▲The Aipom in the left image was slowed and thus moved a shorter distance than the other ones.

You can slow down your opponents temporarily via the Razor Claw's effect. This is particularly useful for chasing enemies.

▲Image shows that Aipom didn't slow down when hit by ranged basic attacks.

Take note that this effect only applies to Melee-Type Pokemon. To get the most out of Razor Claw, equip it on a physical attack Pokemon that specializes in melee combat.