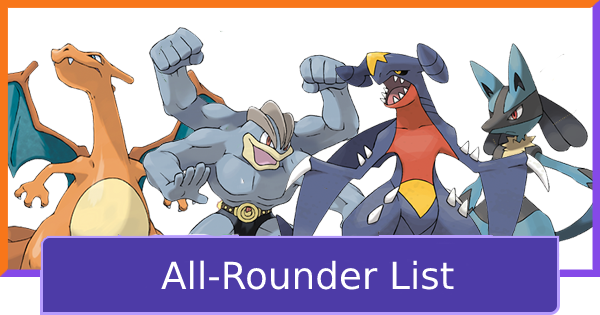 Get ready to cut through enemies on your way through the lanes with Scizor before September ends! Scizor was officially revealed during the Pokemon UNITE anniversary phase 2 announcement. It was revealed together with Mew and Dodrio. Read on our guides below to learn more about everything this Pokemon has to offer and pick up a few tips before rampaging on the new Theia Sky Ruins.

A Tier All Rounder Pokemon

Weak match against ranged opponents but its melee skill is unrivaled

B Tier All Rounder Pokemon

These are the actual Lv15 stats for all All-Rounder-type Pokemon without any Held Items equipped.

For All Rounders, you'll want to choose your items depending on the particular strengths of your Pokemon and the needs of your team. The rule of thumb when going bruiser is to choose items that provide damage. If you're going more defensive, look for HP & Def.

As All-Rounder will need to react fast to the changing environment, items that increase their mobility or prevent them from being locked down in crowd control can be of great help. Some All-Rounders can choose other items since their moves already compensate for the effects of these items.

All Rounder Role - Lanes & How To Play

Recommended For All Lanes

All-Rounders are extremely flexible and can be dispatched to any lane you wish. For the fastest exp, you'll want to send them middle - this can be particularly useful for All-Rounders that rely on evolving to hit their power spike (such as Garchomp). Consider the needs of your team when choosing your lane!

Which Lanes to Play Roles Guide

Which Wild Pokemon To Attack In The Top Lane

If you went ahead to the top lane, we suggest that you focus on taking out the Corphish in the middle first, to ensure that you get more exp than your enemy.

Which Wild Pokemon To Attack In The Mid Lane

If you went ahead to the mid lane, try to go for Lillipup first to gain enough EXP to capture Ludicolo and Boufallant which you can use the two Jungle Buffs to slow down and KO your opponents.

Which Wild Pokemon To Attack In The Bottom Lane

If you went ahead to the bottom lane, try to go for the wild Pokemon in the above order. You'll want to lock down the top Audino to ensure that you get its valuable experience instead of your opponent.

All-Rounders have part of the stats of both Attackers & Defenders, and are be able to function as both these roles in a somewhat reduced capacity. They can deal decent damage while taking a beating here and there. They are highly flexible and can adapt swiftly when the situation demands it.

Reccomended To Use As Attacker/Defender

All-Rounder Types are more on the attack/defense type of Pokemon since they are quite versatile. Focus on leading the charge or create fights aggressively instead of passively waiting.

How To Play An All Rounder

When it comes to gameplay, All-Rounders behave somewhat similarly to Attackers. In the early game, you'll want to prioritize knocking out wild Pokemon to get exp and get your all abilities. Later on, you'll want to start leading fights and take out Wild Pokemon Bosses like Rotom & Drednaw.

Fight On The Front Lines

All-Rounders tend to be bulky enough to pick fights and should aim to be in the front lines trying to take out other Pokemon. Defeating enemy Pokemon will temporarily prevent them from gaining exp, and create opening for goals.

Watch Out For Attackers

Attackers in general tend to have longer range than All-Rounders, which can lead to disadvantageous battles for you if you cannot close the distance. If the fight looks to be shaping up poorly for you, don't be afraid to retreat quickly and bide your time.

How To Play & Tips