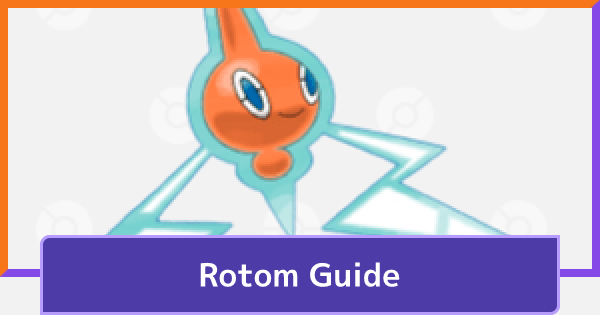 Rotom has received some adjustments in the October 20th patch. As you can see from the above video, Rotom moves noticeably faster once captured! In addition to this, its HP and attack have been increased to, which will make it harder for enemies to take it out while its en route to a goal!

Rotom Effects & How To Beat

Rotom is one of the special boss Wild Pokemon that can spawn during a match. When captured, it will head over to an opponent's goal and support the player's team in taking control of it . It also causes all scoring to be instant, removing the required cast time.

Rotom Will Score 20 Points When Taking Control Of A Goal

Aside from obtaining Energy Points after capturing Rotom, it will also score another 20 points when successfully taking over a goal. Note that Rotom will be targetable while it's walking over to a goal, giving the other team a chance to defeat it before it reaches its target.

Heads Immediately To A Goal

Rotom will immediately go to the closest open goal in the top lane after being captured. You should accompany Rotom to prevent it from being destroyed by the other team before it gets there.

Found At The Top Lane

Rotom spawns in the uppermost section in the middle of the top lane. This is a fixed spawn in Remoat Stadium so you can always find Rotom in the same spot.

Map Location Will Glow When It Spawns

Rotom will spawn at 7 minutes on the clock, and is thus not available from the start. The area where it spawns will glow yellow and have a short countdown indicating its appearance.

Spawns At 7 Minutes Alongside Drednaw

A match will spawn Rotom and Drednaw in their designated locations when a match hits the 7-minute mark.

Despawn During The Last 2 Minutes

Following the appearance of Zapdos in the last two minutes of the game, Rotom and Drednaw will despawn. When Rotom is accessible, you'll only have a 5-minute window, so don't waste it!

When To Fight Rotom

We suggest prioritizing Drednaw over Rotom as the EXP boost for all players is far more important than the early game points. The extra points gained from Rotom won't matter if you lose the final Zapdos fight! Rotate bottom right before the 7 minute mark.

Destroying The Top Goal Is Not Always Ideal

It might not always be the best idea to destroy the top lane goal early! Doing so will grant the enemy team access to 3 new wild Pokemon that they can use to grind for EXP and will also move the Vespiqueen & Combee colony closer to their side. Finally, leaving the top goal up can give you an easy scoring opportunity in the final 2 minutes of the game, when points are worth double!

Check Out More Info On The Current Meta Here

Use Rotom For Surprise Lane Push

Rotom will remove scoring cast times when it reaches a goal. However, it will only target the nearest goal at the top lane. You can use Rotom for an unexpected lane push, but it's okay not to prioritize it as you can get the same effects when you defeat Zapdos.

Escort Rotom To The Goal

If Rotom is beaten before it can get to the nearest Goal, your team will not get the instant casting time buff. A Defender in particular is great here since it can soak up damage from enemies while Rotom is moving.

On the other hand, if you lose the fight over Rotom, your goal should be to defeat it before it can get to a goal. Deny the instant casting time buff from the enemy team!

Goals Guide - How To Block A Goal

Have Players Dedicated To Pushing Enemies

It's recommended to have at least 2 teammates dedicated to getting Rotom. One player's role should be to disturb enemies and push them back from damaging Rotom, preventing them from getting the last hit.